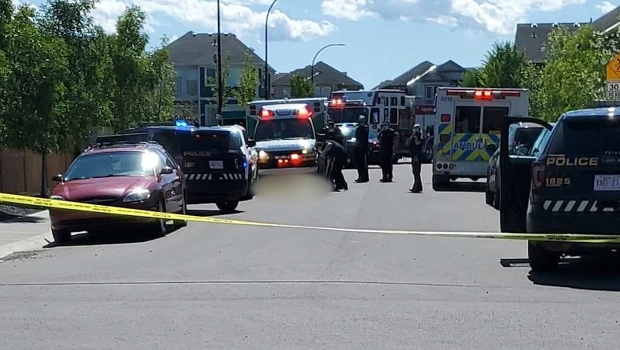 One person was killed in a shooting in Legacy on Tuesday afternoon.

Police rushed to the scene shortly after receiving a report of shots fired at around 3:50 p.m. in a park near the intersection of Legacy Parade and Legacy Lane SE

Witnesses say they saw a person in a vehicle who was shot dead. Arriving officials discovered a dead man on site from whom those responsible had fled.

Police said they could follow the car’s movements with the helicopter and the vehicle was stopped in northern Calgary.

Three people are now in custody.

Police say there does not appear to be any further threat to the public as the shooting appears to have been targeted.

No information was released regarding the identity of the deceased or the suspects.

Anyone with information is asked to call the Calgary Police Department at 403-266-1234 or the Homicide Tip Line at 403-428-8877. You can get anonymous tips from Crime Stoppers at 1-800-222-8477 or from calgarycrimestoppers.org or from the P3 Tips app, which is available from the Apple app or the Google Play Store

This is a developing story …