2 charged with robbery of Calgary Senior 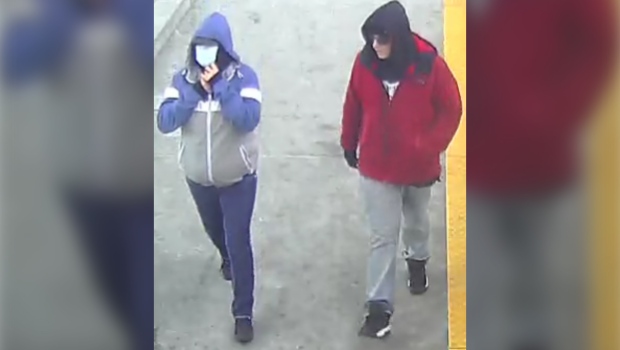 CALGARY – A man and woman are charged multiple times over the robbery of a woman in their seventies that occurred last month.

The incident happened just before 10:30 a.m. on November 24, when the woman attempted to drive east on 37 Street and Bow Trail SW. There the man and woman approached from behind. The man is said to have hit her over the head and dropped her.

The suspects took her purse and ran towards Westbrook Mall, followed by a Good Samaritan who was able to keep the woman’s purse and return it to her with the money missing.

After a public call for help and the use of CCTV images of the suspects, the police were able to identify the suspects. This resulted in a search warrant being carried out on Thursday, December 10, in an apartment building on the 4200 block of Bow Trail, where police discovered five people, including two suspects.

They were arrested and items of clothing that matched those in the CCTV images were found and confiscated.

Justin Richard Carter, 23, faces a single robbery charge and four cases of non-compliance with a clearance order. He was also arrested for 14 pending arrest warrants.

Tamara Dawn Crowchief, 29, was charged with robbery and arrested on 13 outstanding warrants.

Both defendants will appear in court on Monday, December 21st.

“We would like to thank everyone who came forward to provide information about this investigation and the media who helped us seek justice for the senior who was robbed, assaulted and rocked,” said District One Staff Sgt. Kurt Jacobs.

“From the good Samaritans who helped the seniors at the time of the robbery, to the people who gave advice, to helping the seniors, the Calgarians have shown the true spirit of our community.”