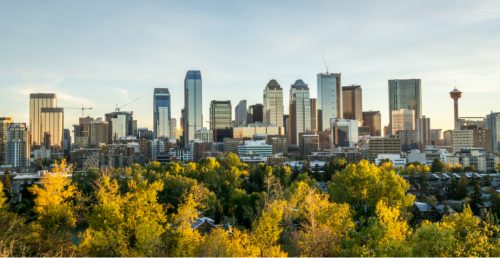 Even the most livable city in North America can have critics.

The City of Calgary released the results of its latest citizenship satisfaction survey last week, noting that while the Calgarians are still pretty happy with the way things are going here at YYC, they are a little less happy than they were in 2019.

The survey, conducted by Ipsos with a sample size of 2,500 randomly selected people who were contacted by phone between March 2nd and March 23rd, is an annual measure of what the city should focus on.

At the top of the list provided by the city is how respondents in Calgarian perceived the quality of life in the city, which fell by three points from 2019, from 83% to 79%.

A total of 32% felt that “Infrastructure, Transport and Roads” deserved the most attention from Heads of State or Government, a 5% decrease from the previous year, while transit ranked second (17%) and “Crime, security” and policing “” was third (14%).

On the advice and administration side, the number of respondents who believe the city council and city government are working together to make the best possible decisions about Calgary’s future rose 3%, from 66% to 69%.

When asked if they were satisfied with City’s programs and services, Calgarian respondents noted a three-point increase in satisfaction from 74% last fall to 77% this spring.

For full statistics from this year’s Citizenship Satisfaction Survey, please visit the City of Calgary website.