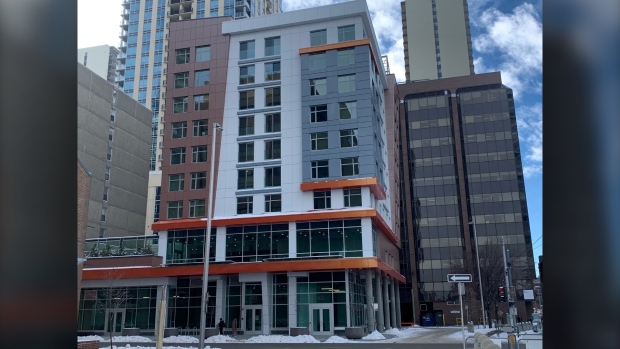 Named Legacy on 5th, the building will provide a home for 74 vulnerable Calgarians who are or are at risk of becoming homeless, including people with cognitive problems, autism and the elderly at risk.

Bernadette Majdell, CEO of the HomeSpace Society, says that such a project is needed in Calgary

“We’re talking in Calgary about having close to 15,000 affordable housing units (and) it seems 74 is just a drop in the bucket,” Majdell said. “When you’ve had a very long cold spell like the one we’ve just got through and you’ve got COVID where people are self-isolating, any unit helps.”

Liam Gossen, a 24-year-old living with autism, moved out of his family home for the first time to live independently with community support.

“There were mixed feelings,” said Gossen. “I was really excited, I’m learning to practice being a lot more independent.”

There are nearly 3,000 Calgarians homeless on any given night and with over 100,000 households at risk of potentially losing their homes.

Patricia Jones, President and CEO of the Calgary Homeless Foundation, says this project is extremely important.

“Our goal is to lead the fight against homelessness,” said Jones. “This actually helps lead this struggle to make sure the people who may be homeless have the places they need and the support to thrive.”

The Legacy on the 5th was made possible through the collaboration of the Calgary Homeless Foundation, HomeSpace Society, Canada Mortgage and Housing Corporation, the City of Calgary, and the commitment of the RESOLVE campaign donors.