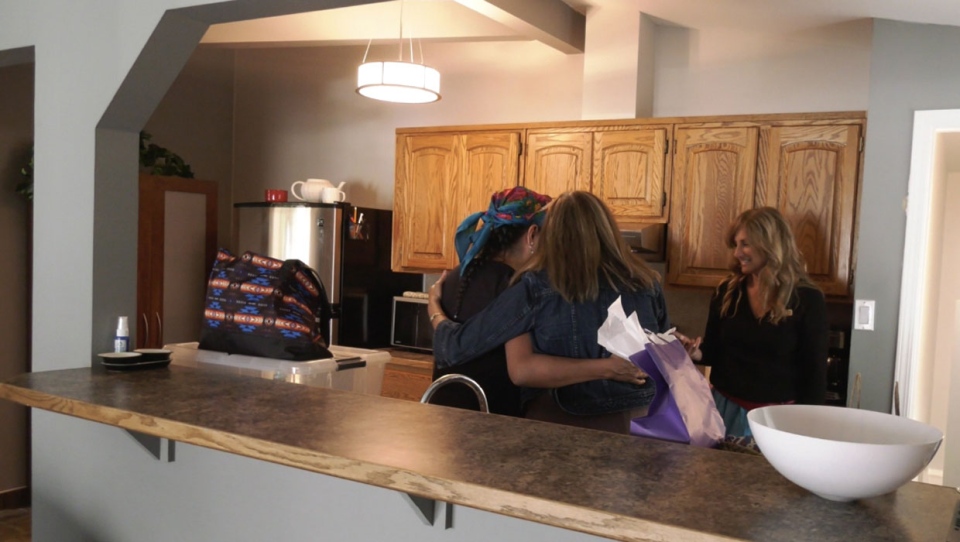 CALGARY – A partnership between Oxford House and Poundmaker’s Lodge Treatment Centers has sparked a fresh start for Indigenous women seeking help to recover from trauma or addiction.

“It is the first of its kind so it will be a learning curve for everyone,” said Earl Thiessen, Executive Director of Oxford House.

Called the Red Woman House, the house can accommodate four to five women who have all been through difficulties. It will match the men’s house, which opened in December 2019, creating two such accommodations in the city.

The residents were given a red printed cloth, which is displayed near the entrance door.

Officials say this is just one step in making women feel safe and on their way to recovery.

The house officially opened on Sunday, but resident Shannon Little Light has lived there for several days.

It was the chance she needed to live a happy life.

Little Light is excited to welcome new residents over the next week and adds that this will be a chance to make connections.

Such homes are needed to protect vulnerable indigenous women and girls, according to Fox.

“This one is special for us and a real blessing,” she said.

Officials say this house is a chance for indigenous women to stay true to the culture.

“We want to make sure they are able to connect with female elders,” said Brad Cardinal, general manager of Poundmaker’s Lodge Treatment Centers. “The ladies have the opportunity to practice their culture as they see fit, based on the cultural group they belong to.”

Staff say the home will allow women in the early stages of recovery to thrive spiritually, physically, emotionally, and spiritually.