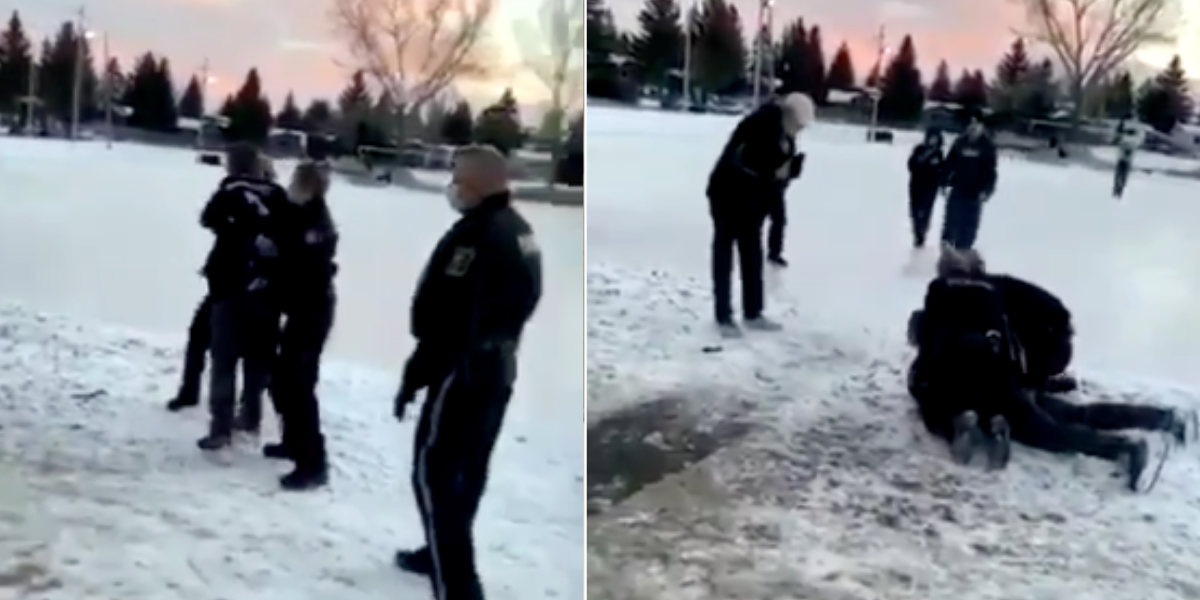 A video of the recent arrest of a hockey rink in Calgary has gone viral on all social media, and the Calgary Police Service (CPS) posted an open letter on their side of the story.

The arrest video shows a 21-year-old man with his ice skates who was held and eventually arrested and arrested by two police officers. According to the police open letter, they were called to the rink when Bylaw Services reported about 40 people using the area.

The video has been viewed over 100,000 times on Twitter and is being shared on Facebook and TikTok.

Calgary police say the man was arrested for interfering with an officer and resisting arrest for allegedly refusing to give the officers his name or stay with the officers when asked to do so.

“The video shows only part of a long intervention,” writes CPS. “Despite the signage outlining the rules on the site, the Bylaw services were called when over 40 people were using the area. They explained the restrictions but failed to get users to comply. Due to their non-compliance and the site the group we have been called to help. “

We have received many questions and concerns about an arrest that took place earlier this week. Please note the following … https://t.co/9iDyT1ldj3

The statement went on to say that the arrest was due to the man trying to evade prosecution.

In their post, CPS says they received many questions and concerns about the arrest. As the videos have become more prominent online, the reactions have been polarizing.

Some people have said what the officers did was wrong, while others think the same of the man who was arrested.

3 homes damaged in a massive fire in northwest Calgary