Body found at the intersection in Calgary on Tuesday morning 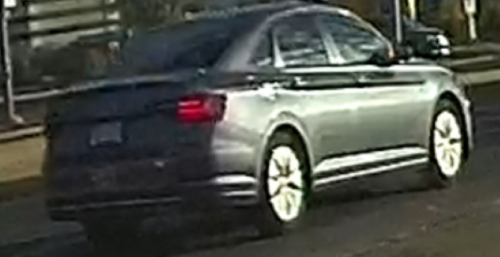 The Calgary Police Service is investigating a body found at an intersection in Calgary on Tuesday morning.

The body was found around 8:50 a.m. on Memorial Drive and 36th Street NE, according to an October 6 release.

The man was dead when officials arrived even though no vehicle was present.

Police believe the man got off a four-door Volkswagen Jetta in 2019 or 2020 at a red light and that there were many other vehicles in the area at the time.

A Wednesday release by CPS states that they are currently investigating the incident as a murder.

“The surrounding intersection was occupied at the time of the incident and it is likely that witnesses can help identify the affected vehicle,” said Staff Sergeant Martin Schiavetta of the CPS Homicide Unit in the press release.

“Anyone who witnessed the incident or saw the vehicle or its license plate on a dash cam is asked to report. Sometimes even the smallest amount of information is crucial in solving this type of investigation. “

An autopsy will be completed on Wednesday.

Anyone with information about the incident is asked to call the Calgary Police Service emergency number at 403-266-1234.