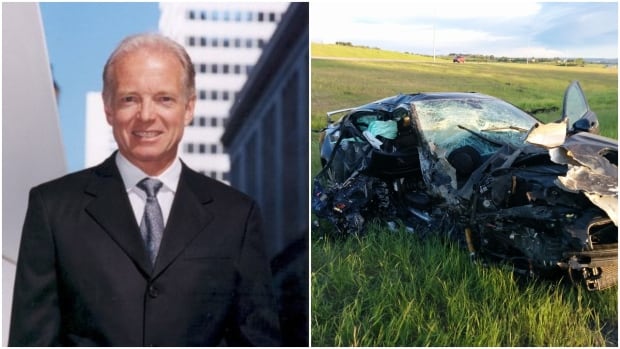 Well-known Calgary real estate agent and developer John Torode is charged for having an accident with a drunk driver in June.

At around 12:25 a.m. on June 12, RCMP responded to a head-on crash between a minivan and a sedan on Highway 2 south of the Calgary city limits.

Sources said the 71-year-old Torode was behind the wheel of the sedan, which was headed the wrong way on the south-facing lanes of Highway 2 near Dunbow Road, according to the RCMP.

Torode is charged, among other things, with driving disorders, dangerous driving, bodily harm and driving with a blood alcohol level above 0.08, as confirmed by the RCMP on Friday evening.

Torode is a Calgary real estate developer responsible for projects such as Hotel Arts.

He filed for bankruptcy about a decade ago.