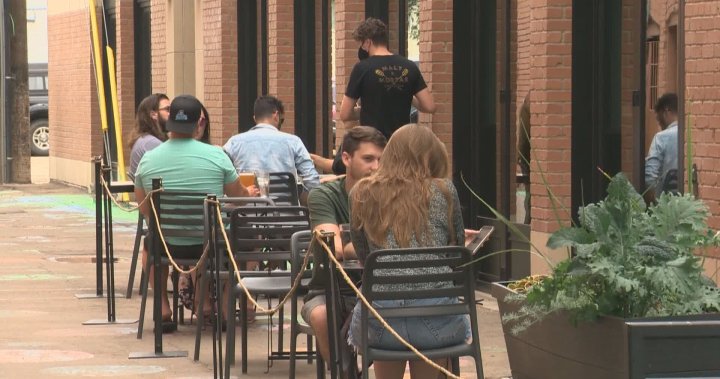 The COVID-19 pandemic has hit the majority of Calgary businesses, but new data suggests optimism for a positive economic recovery continues to grow.

The Calgary Chamber of Commerce commissioned Trend Research and Janet Brown Opinion Research to survey 250 companies in the Calgary area between late February and March.

The survey found that 71 percent of Calgary businesses saw revenue decline during the pandemic, while the average business saw 48.9 percent less revenue.

“It was a huge impact,” said Tania Franklin, Forman’s men’s clothing sales rep, on Monday. “Since the business was closed, there was really no income. As a business, it was dead down here.”

Perception vs. Reality: How to Convince Young People that Calgary has a future in store for them

Service companies made up 80 percent of companies reporting declines in sales.

Companies with 10 to 49 employees were among 78 percent of the companies that lost money.

As a result of the loss of revenue, companies sought relief through government COVID-19 support programs.

The survey found that 70 percent of businesses in the city have accessed at least one utility program. The most popular option is the Canadian Emergency Wage Subsidy, which is used by 54 percent of companies.

While the survey shows how much COVID-19 has impacted the business world, it also shows a change in sentiment.

“There are some reasonable grounds to believe that with the introduction of vaccination, we will go beyond COVID,” said Murray Sigler, interim CEO of the chamber. “So that came out loud and clear.”

62 percent of respondents were optimistic about Alberta’s economic outlook, up seven percent from a similar survey in September 2020.

The optimism can be felt at Foreman’s Menswear in Victoria Park, which recently returned to regular business hours by appointment only by appointment.

“Things have started to accelerate lately,” Franklin said. “People are walking through the door, which didn’t happen last year.”

Meanwhile, 36 percent of companies said they want to hire new employees in the next six months, and 17 percent of those surveyed are preparing to lay off employees.

“What was really good news is that we’ve seen twice as many companies say they’ll be hiring in the next six months than we expected to be laid off. This is an important change from the last time we were at September, “said pollster Janet Brown.

While optimism and confidence are a positive signal for the local economy, Sigler emphasized that the recovery will be complex.

According to the chamber, the focus is on lowering taxes on non-residential real estate, attracting young talent to Calgary and improving relations with the province. The relaxation of COVID-19 restrictions, diversification and energy-related issues were among the top keys for the provincial chamber.

Given that Calgarians are voting in a local election this fall and rumors of a federal election arise sometime this year, Sigler said the recovery will require cooperation and non-partisanship.