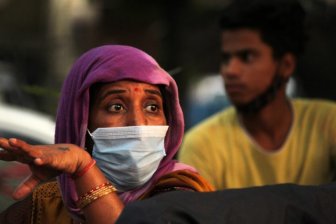 The Calgary Flames mourn the loss of Byron James (BJ) Seaman, part of the original group of six that brought the team from Atlanta to Calgary in 1980 and died Saturday aged 97.

Born and raised in Rouleau, Sask., BJ, Doc and her brother Donald (Don) moved to Calgary where they founded Seaman Engineering and Drilling in 1949 and later changed the name to Bow Valley Industries.

“BJ was an extremely successful businessman with over 50 years of experience in various positions in the oil, gas and extractive industries on a global basis,” said a Flames press release.

“The Seaman Brothers are committed to the Calgary community through their philanthropic initiatives and the Calgary Flames.”

The owners, management and staff of #Flames mourn the loss of Byron J. Seaman. Mr. Seaman was one of six community leaders who formed the original ownership group that brought the team to Calgary in 1980.

Our deepest condolences to the Seaman family. https://t.co/ERqluSi7GE

Flames chairman Murray Edwards said the club will remain “forever grateful” for the role BJ and Doc played in bringing the NHL to Calgary.

“He was dedicated to his family and lived a life of devotion for our Calgary community,” said Edwards. “We will miss BJ’s friendship and support and extend our deep condolences to his loved ones and friends.”

One obituary describes BJ as a “devoted fan” who followed the flames “passionately” during his 30 years with the company.

“His enthusiasm for athletics contributed to his personal pursuits,” his obituary said. “Together with his brother Doc and good friend Harley Hotchkiss, they created basic programs like Project 75, which is now called the Seaman-Hotchkiss Hockey Foundation.”

BJ, Doc, and Hotchkiss were inducted into the Alberta Sports Hall of Fame in 2007. BJ also received the Governor General’s Medal.

A private memorial service will take place on Friday May 14th.

Those who wish to pay tribute to BJ can donate to the Alzheimer Society of Alberta and the Northwest Territories via alzheimer.ab.ca or to the Prostate Cancer Center via albertacancer.ca.