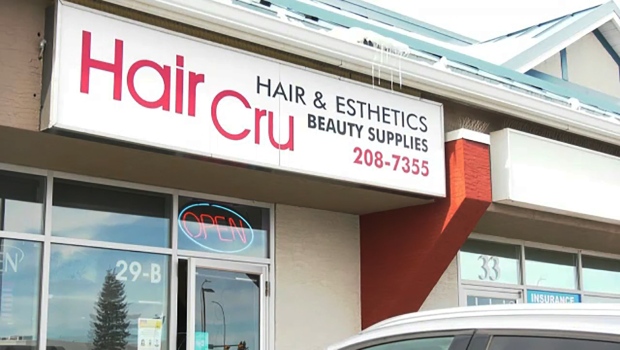 CALGARY – Amin Dagher admits he agreed to cut the woman’s hair but says it was a temptation moment for his desperate business.

“They know that in the last few years we have no savings, but only work day after day,” says Dagher.

Dagher says his Hair Cru salon was open for retail on December 27th when the woman knocked on his door.

“She says, ‘Can you give me a haircut ?;” said Dagher. “She looks healthy, she looks young, and I think there is no harm in making a few dollars.

She was an AHS inspector.

This is where Dagher’s version of events and AHS differ.

He says she asked for a haircut.

In a statement on Thursday afternoon, AHS said, “The inspector did not ask for a haircut, but asked if the company offered haircut services.” The statement also called Dagher’s claims “inaccurate and false”.

Once inside, she identified herself.

“I wasn’t very happy with how she caught me like that,” says Dagher.

According to AHS, the inspector responded to three complaints about “non-masking workers and one complaint about the company providing personal services in the hairdressing salon, which were banned at the time”.

He is fighting the $ 1,000 fine and has an attorney through the Constitutional Freedoms Justice Center, a group known for taking cases involving issues of individual freedoms.

Attorney James Kitchen denies the need for restrictions and questions whether the spread of COVID-19 poses a threat to public health.

He says that even when restrictions are required, enforcement tactics have been inconsistent.

“You are not dealing with health inspectors trying to catch a hairdresser,” Kitchen said. “That’s not how you deal with it. This is how you assert more control and power and intimidate people, right? What’s the use?”

None of the claims have been examined in court.