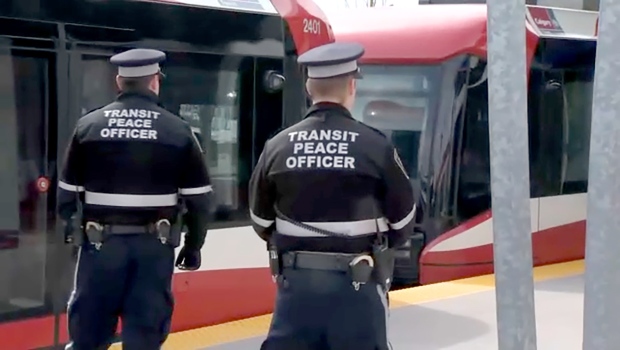 CALGARY – Calgary Transit passengers can expect to encounter peace officials more frequently after a decision was made to expand their presence to improve security.

Since Monday, the average number of peace officials working daily has increased from 30 to 60.

According to Ward 6 Coun. Jeff Davison, the initial increase will be made easier by overtime pay, not additional hires. However, there are plans to hire 30 contract agents to improve visibility at LRT stations and to generate incident reports.

The third focus of the three-step process is for the Calgary Police Service, Calgary Community Standards, Downtown Outreach Addictions Partnership (DOAP) team, and Corporate Security to provide additional support and relief so that peace officials can spend more time on CTrains and stations .

“This is more of a perceived security issue in some ways,” he said. “If you look at the absolute numbers, they are pretty small in terms of change, but the thing is, we have a significant drop in driver numbers, so the number of incidents looks a little worse. The real point is that fewer people The system is on board, our existing employee monitoring can identify the problems more easily. They would have been hidden by thousands of other people before, but now it’s a little more obvious. “

Davies said a goal of the campaign is to encourage Calgarians to do more transit as health measures rise.

Effective immediately, Calgary Transit is doubling the number of peace officers (from 30 per day to 60 per day) deployed on the system at the same time. #yyccc #Calgary #LRT pic.twitter.com/QOUzmKCjkM

Body found at the intersection in Calgary on Tuesday morning