“Calgary, We Are Better Than That”: City Council Responds To A Video Of Racial Insults In The Liquor Store 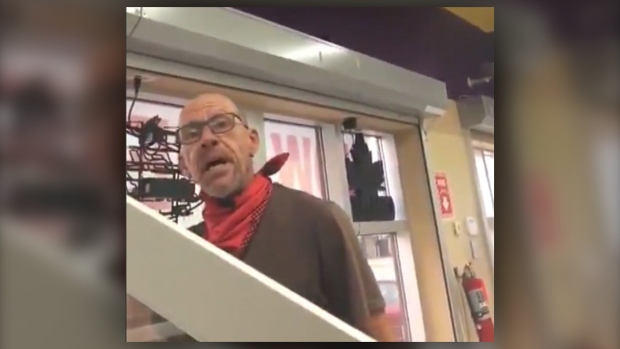 CALGARY – The Hate Crime Division of the Calgary Police Service is investigating a disturbing video broadcast online showing a man setting up a racist rant in a northwest liquor store allegedly triggered by being asked to wear a mask.

In the video, which circulated widely on social media on Saturday, a man asks the employee to record him where she was born and then hurls racial slurs and other profanity at her.

“It is not necessary that you spread your hideous, racist anger at other people,” said Mayor Naheed Nenshi on Monday.

The incident also prompted Ward 3 Couns. Jyoti Gondek visits the shop and meets the sisters who run the shop. They told her that things escalated when the man was asked to wear a mask in accordance with the city’s mandatory mask law.

Gondek used social media to address the man in the video.

“Do us all a favor and don’t spit your nonsensical racist rubbish on people who do you a favor by keeping their doors open,” Gondek said. “Please do us all a favor and stay home if you don’t want to wear a mask and you are a terrible racist person.”

The incident was not the first time liquor store operators had been verbally abused in their store.

“This has happened to them before and it will probably happen to them again. This is terrible,” said Gondek. “Calgary, we are better than that, please be better than that. Support the locals. Do well and let’s get through this pandemic together without the ugliness.”

Your encounter with a liquor store isn’t your first encounter in a Calgary store involving the mandatory mask law.

Last week, a woman was recorded berating customers and employees at a Farbricland location after employees said they asked them to put on a mask.

In Calgary, masks have been mandatory since August 1st, and the city council decided last Monday to extend the statute to at least December.

“If you are against the mask law, if you think COVID is a joke, write a letter to the prime minister, write an angry letter to the mayor – I will gladly accept it. But don’t take it out on people who are just trying to get their job done, ”said Nenshi.

Calgary Police Service officials confirm to CTV News that the liquor store incident is being investigated by members of the hate crime department.