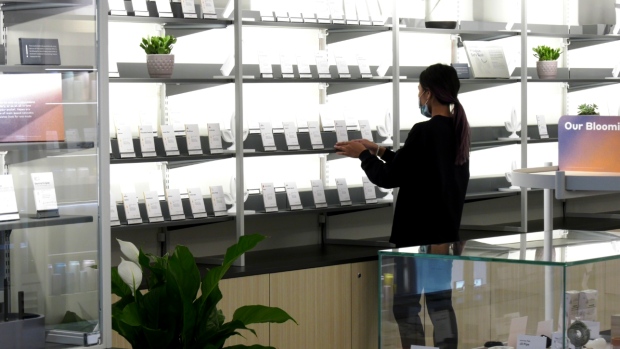 The Ontario-based company says Tokyo Smoke and Tweed will be the names of its Alberta stores.

“We believe the time is right to get out there,” said Margo Mulitsa, Alberta district manager.

“We are pleased to be able to offer our guests this experience and to be part of this market.”

According to the Alberta Gaming Liquor and Cannabis Commission, there are 516 licensed retailers across the province, of which 126 are based in Calgary.

“The number of businesses that can currently operate in Alberta is unlimited or limited. The market will essentially dictate this, ”said spokeswoman Heather Holmen.

“In the example of the new Canopy Growth stores mentioned above opening at the same time, the applicant would likely have filed individual applications for each retail location, received all of the City of Calgary business licensing requirements, and met all of AGLC’s requirements – including the final physical store at the same time Inspections of each licensed site – together. “

The Alberta Cannabis Council says the only good news is that more stores are opening in Calgary.

“If we could work with the government to find a way to eradicate part of the black market, we could support 500 stores, that’s not an impossibility,” said managing director John Carle.

“I think there is a demand for more stores, especially when you consider that the legal cannabis market only has a 25 percent market share for cannabis sold.

Alberta accounts for nearly half or more of all licensed Canadian retail stores for recreational retail, according to AGLC.