City of Calgary to distribute thousands of masks through transit, police and housing partners 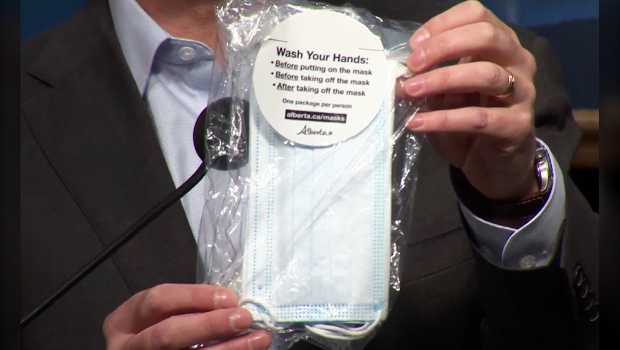 CALGARY – The city of Calgary has partnered with the Province of Alberta to distribute thousands of masks and prevent the spread of COVID-19.

“These face covers are being distributed through a variety of partner channels including Transit, Calgary Police Service, Calgary Housing and others through basic methods of getting face covers to those who need it,” a city statement said.

Some councilors say they will carry masks around and give them to Calgarians in person at events and in public. The city is also looking into whether the masks should be distributed in libraries and leisure centers if facilities are allowed to reopen on Friday.

In the same week, the province began distributing 20 million masks at A&W, McDonald’s and Tim Hortons.

The program did not go exactly according to plan. Some people said they asked for a single package of four masks when visiting one of the fast food restaurants but were instead given a bag of 40 masks with no explanation.

“The McDonald’s I went to in #yyc hands out a bag full of 10 packs of 4 masks and closes the window before I can even correct it,” wrote Twitter user JulieEY.

Can confirm @YourAlberta drive-thru masks are a disaster. The McDonald’s I went to in #yyc hands out a bag full of 10 packs of 4 masks and closes the window before I can even correct it.
I will do my best to distribute them to friends and family who did not receive them. pic.twitter.com/t55kNiRw5d

The province says it is investigating the problem and urging people not to hoard the masks if they are given too many.

“As I said when the initiative was first announced, a few weeks ago I made it clear that we had to use the honor system,” said Health Minister Tyler Shandro on Tuesday.

“Only by following the regulations of the Chief Medical Officer of Health as an entire province have we been successful so far.”

City officials have not released the number of masks being handed out on behalf of the province, but say more information will be released on Thursday afternoon.