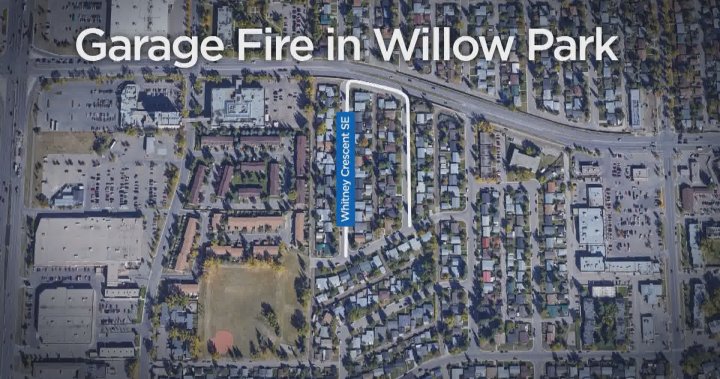 Residents of a community in southeast Calgary are back in their homes after an early morning garage fire.

The fire department responded to reports of a fire and explosions in a detached garage on the 300 block of Whitney Crescent in the southeast parish of Willow Park at around 3:20 a.m. Saturday.

“Upon arrival, the crews encountered heavy smoke and a detached rear garage that was completely involved in the fire,” said a CFD media release.

According to firefighters, neighbors in the area reported explosions and the sound of bullets being fired in the garage.

3 residents, pet snake safely after a garage fire in the northwest Calgary community

According to CFD, the on-site crews confirmed that the detached garage contained batteries, ammunition and propane cylinders.

The fire was contained in the structure and is under control, CFD said.

Houses near the garage were evacuated as a precaution and there were no injuries on site. A vehicle in the affected garage was damaged.

The cause of the fire is being investigated and the crews are expected to remain on site for the next few hours.

Sunshine and snowfall en route to Calgary this weekend

Calgary Tourism has free offers to celebrate the city