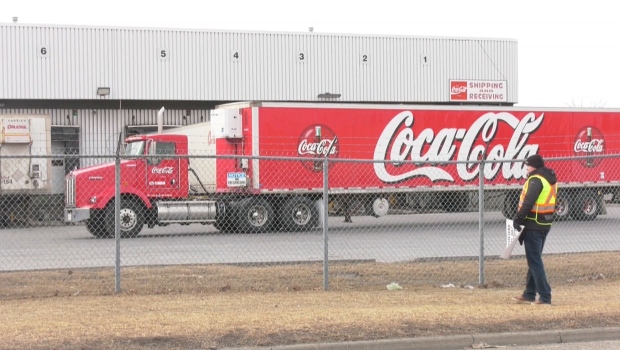 CALGARY – An agreement was reached to end a strike at a Coca-Cola bottling facility in northeast Calgary that began in mid-March.

The Teamsters Local Union 987 says more than 250 Coca-Cola Refreshments Calgary employees will be back to work on Sunday after members voted 73 percent in favor of the new deal.

The union says the agreement will help employees increase confidence and job security in the company.

It also enabled a nine percent wage increase over six years and an increase in the maximum severance pay from 48 to 72 weeks.

Drivers who have not been assigned hours for their routes can take on a warehouse function. If they are not scheduled to be 20 hours per week, they can opt to be discharged until the schedule is back to normal.

“Our members have made it clear that there are areas that should be improved to create a successful workplace,” said Brock Penner, Teamsters 987 sales representative, in a press release.

All 268 workers at the Coca-Cola bottling plant on 23 Street NE stopped working on March 15 after 94 percent voting for strike action about 10 days earlier.

This is the first time since 2004 that Teamsters 987 has initiated a job promotion.

Unwanted items too big to fit in a black container? The Calgary community cleanup offers a solution