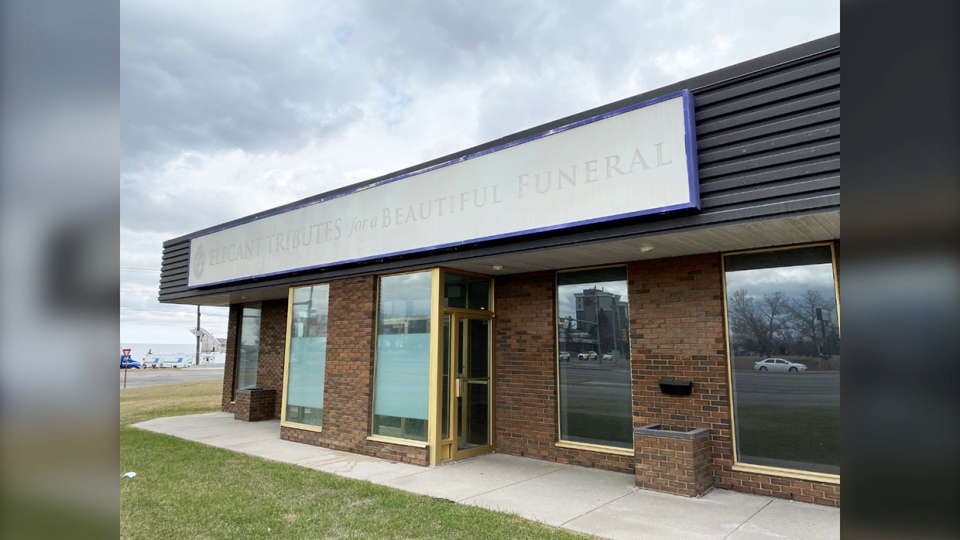 CALGARY – It’s been a little over three years since Mariana Ruiz’s newborn daughter Alana died hours after she was born. The pain is still great for her family.

“I miss her every day of my life. Every day it’s in my head, in my heart, ”said a tearful Ruiz. “I wanted a place where I could talk to her even when she’s not here with me.”

“Coming home empty-handed was devastating. Going home with an urn and ashes was even more devastating, ”she said.

Alana’s tiny body was cremated. Her remains were temporarily held at Elegant Tributes, a funeral home in northeast Calgary until the family made plans for a spring memorial.

Ruiz said in June 2018 that she and her husband happened to be driving past the store, which is right on McKnight Boulevard, when she noticed it was closed.

“My thoughts panicked,” said Ruiz. “We were told they would be in a safe place and they were with a teddy bear that the nurses at the hospital gave us.”

The couple made several attempts to reach out to owner Mike Dost. Ruiz said Dost eventually told them he dumped Alana’s ashes around Edworthy Park without the family’s consent.

Ruiz said she didn’t think the ashes were dumped there. The couple went to the park to look for the urn or teddy bear.

“I want to know where she is.”

Ruiz said they had complained to the Alberta Funeral Services regulator. On Thursday, the managing director confirmed to CTV that a complaint had been filed and that it is now closed.

The couple also filed a lawsuit against Dost and his company to seek answers.

“Sometimes you take a case because someone is running out of heart and this is one of those times where something pretty bad happened to someone and we wanted justice to be done for them,” said Mathew Farrell, partner at Guardian Law Group. who represents Ruiz. Farrell said the couple entrusted the company with their daughter’s remains.

“You have a duty of care to that person’s family to ensure that you do what is reasonable to ensure that the family is not harmed. We claim the defendant fell below that standard in this case, ”Farrell said.

“We empathize with the family and understand that their grief continues after their child dies,” Mike Dost said in an email to CTV.

“Since the situation came to light, we have tried to resolve the problem in good faith. It is unfortunate that the family is trying to heal their pain in court, ”the statement said. “We are bound by confidentiality laws and cannot provide any additional details until legal proceedings are complete.”

None of the allegations were examined in court. A hearing based on the lawsuits is planned for next year.

An appeal hearing is scheduled for Friday. Dost tries to part with his company so as not to be held personally responsible.

The province said if a funeral home closes, the director of funeral services, who is currently the regulator of Alberta Funeral Services, will have the authority to take possession of cremated remains.

Funeral directors must use reasonable efforts to contact the person who has the right to control the remains.

The Alberta Department of Service said that under current law, if cremated remains are not claimed within five years, the funeral home can respectfully dispose of them.