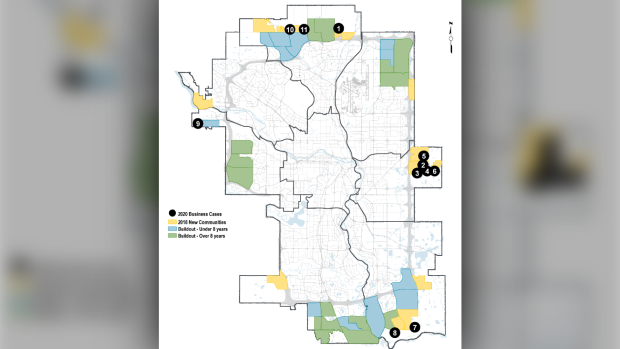 CALGARY – A group of developers are applying for city approval to build 11 new communities on the outer edge of Calgary. However, several city councils are concerned about the financial risk.

The Priority and Finance Committee will review the business plans at its October 19 meeting, although city officials have already advised against approval.

In an open letter on the city’s website, Ward 7 Coun. Druh Farrell agrees that Calgary growth is unsustainable at a time when the local council has already cut services to existing communities.

Farrell adds that the council approved 14 new parishes as early as 2018 – against expert advice to approve only eight due to lower market demand – and that the approval flooded the Calgary market with nearly 41 new and developing parishes.

“The council’s decision included subsidizing these 14 new communities so that every Calgarian pays a 0.75 percent property tax increase in 2019 and a 0.5 percent annual increase in water supply rates from 2019 to 2022. The entire 2018 tax increase to subsidize the 41 parishes were 2.15 percent, “Farrell said.

The mayor says he is looking forward to the presentations on Monday but is not in favor of adding any more communities.

“I think my colleagues in the Council and in the land developers really need to answer the question of why in the world this would be a good time to contribute to an already dangerous oversupply. And destabilize an entire real estate market and burst a bubble, ”Naheed Nenshi said on Thursday.

The council has already allocated nearly $ 500 million to grow new churches through 2022. He has also asked for a tax freeze in 2021, but there are other concerns that won’t be possible.

“It’s just about putting too little butter on too much bread,” said Farrell.

More deficits could also lead to more cuts in services like the Calgary Fire Department and Calgary Transit.

The Calgary Firefighters Association (CFA) says its budget has been cut and five fire trucks were cut in 2019.

“Firefighters are stretched thin. The bigger the city gets, the smaller our budget gets, ”said Matt Osborne of the CFA.

“We have cut over $ 30 million from our budget in the past few years and want to make sure we have the tools to get our jobs done.”

Developer Trico Homes will submit a Business Case of Council to develop two properties as part of its ongoing Belvedere development in East Calgary.

“We believe this area has been overlooked in the past without any real new homes. We believe that greater choice within Calgary’s Eastern Sector will help reduce market loss for smaller satellite communities outside of Calgary, ”said a spokesman for Trico Homes.

The meeting of the Priority and Finance Committee on Monday can be commented on publicly.