The Calgary Fire Department says several homes were damaged in a fire in the Royal Oak community on Monday.

The fire broke out just after 2 a.m. on the 100 block on Royal Oak Terrace Northwest

Firefighters arrived to find a house on fire that had spread to a second neighboring house.

The Calgary firefighters are fighting a house fire on the 100 block of Royal Oak Terrace Northwest on Monday, December 7, 2020.

The CFD told Global News that wind helped propel the flames, which spread very quickly to a third and fourth homes.

The CFD said three houses were “badly damaged” by fire while “several others” suffered heat and smoke damage.

Neighbor Yoon Ha told Global News that he was sleeping when he was alerted to the fire through notifications from his surveillance camera.

“It went off several times so I checked my camera and it looked like embers that were on my footage,” Ha said. “I heard a crack, crackle, and pop and immediately checked the windows and saw embers flying around.”

Ha said it seemed clear that the wind was helping to spread the fast moving fire.

“It wasn’t really a consistent direction,” he said.

“The embers flew all over the place – all over our house and also in the neighbour’s houses … That was a really big problem.” 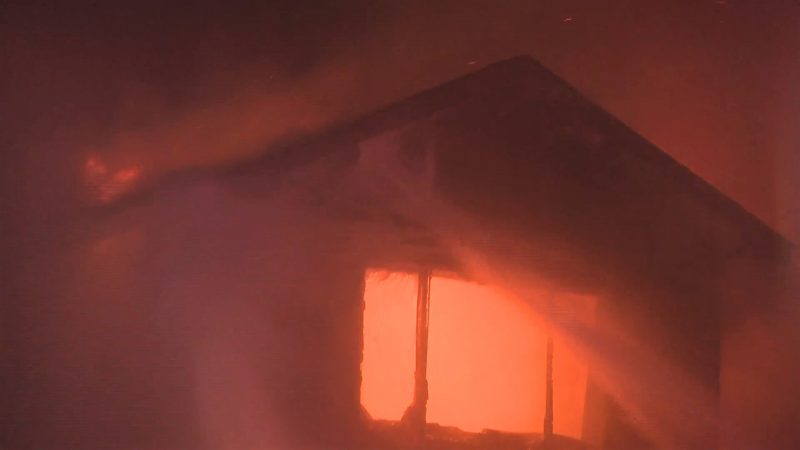 The Calgary firefighters are fighting a house fire on the 100 block of Royal Oak Terrace Northwest on Monday, December 7, 2020.

A total of nine houses were evacuated. Residents of these homes were kept warm on a Calgary transit bus while firefighters battled the fire.

“Approximately 19 residents will be evicted from their homes for various periods of time,” the CFD said, adding that they are supported by the Calgary Emergency Management Agency (CEMA).

A GoFundMe account has been set up for the family of Julie Walyuchow, who lost their home in the flame.

The family made it from home but “lost everything” according to the fundraiser, and loved ones are trying to help them get back on their feet.

Friends and family also raise funds through a GoFundMe for the Matthews-Keenan family, who also need various necessities when trying to record the pieces after their home was destroyed.

The cause of the fire is still being investigated.

– With files from Sarah Offin

COVID-19 Live Updates: News on coronavirus in Calgary for Feb. 2