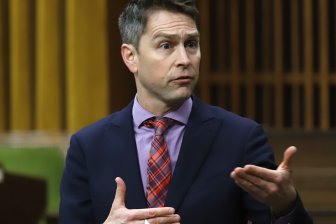 There is cautious optimism for 2021 from Calgary Economic Development (CED) after a difficult 2020.

Technology and innovation will continue to be the areas with the greatest growth, according to the annual report of the CED on Thursday.

“As a city, we were faced with a tough new reality. Low oil prices, a collapse in FDI, the biggest drop in GDP in the country, businesses struggling to survive and our unemployment rate which doubled in six months, “CED president and CEO Mary Moran told one virtual audience.

“We Just Can’t Keep Up”: Does Calgary Have A Shortage of Technical Talent?

“Despite all the forces against us, we attracted and retained 54 companies and saved 5,500 jobs in the past year,” said Moran, about half of the jobs that the CED attracted in 2019.

The CED CEO said continued vaccination during the third wave of the pandemic will ultimately have a positive impact on the future of the city. It is an “exciting time to be in Calgary”.

16 trade deals were also signed in 2020, a record for the Business Development Agency since the start of its trade acceleration program.

The value of film and television productions fell by more than half in 2020 due to the pandemic.

However, the CED report said Calgary was one of the first North American cities to resume production with public health measures. The province still produced $ 90 million worth of productions last year, supporting 1,649 direct jobs at 78 productions.

The Opportunity Calgary Investment Fund (OCIF), a $ 100 million corporate investment fund established by the Calgary City Council in 2018, has raised $ 43 million to 14 projects since its inception. CED said $ 636 million in OCIF, private, and other government funding poured into the economy – a 15-to-1 investment result.

OCIF funds are capped by milestones and “with COVID-19 and many of the agreements spanning three to five years, it was disbursed $ 50,000 in 2020,” the report said.

SAIT’s DX (Digital Transformation) Talent Hub was the main benefactor of the OCIF in 2020. The funds supported the work of the Life Sciences Innovation Hub at the University of Calgary.

Despite a year of increasing mergers and acquisitions in the province’s energy industry, Moran found that more “non-traditional” players were using digital technology to lead in areas such as ESG, low carbon fossil fuels, and carbon capture and storage.

“It shows the changing energy future in Calgary’s undeniable – indisputable – opportunity to become the center of global climate action and clean technology.”

In a recorded message, Prime Minister Jason Kenney said 2020 was a record year for new businesses and corporations in the province. He also pointed to projections by major banks and think tanks that Alberta would lead the country in terms of economic and employment growth.

“I think 2021 will really be Calgary’s year,” said the Prime Minister.

Since the beginning of the pandemic, the CED has put in place a three-part strategy to support business, including connecting businesses to health and financial aid, supporting the reopening effort, and transitioning to the long-term “Calgary in the New Economy” strategy.

“And as the strategy says, intelligent people in this city are using innovation and technology to solve some of the world’s greatest challenges – cleaner energy, safer food, better transportation of people and goods, and better health solutions.”

Mayor Naheed Nenshi said in his last CED report to the community as mayor that the city council had done everything possible to help businesses in the city through mechanisms such as fee and tax relief and deferrals.

“One of the things we learned is that when companies close during a crisis, 40 percent of them never reopen,” said Nenshi. “And we had to make sure that didn’t happen.

Eliminating downtown vacancies is a problem that Moran and CED are actively working on. Calgary’s Greater Downtown plan was approved by a city committee a week ago.

Nenshi said the plan will come to the council on April 26 “with quite a significant financial request”.

“It’s really important because building the heart of our city in a cold-hearted way will help us resolve some of our structural tax problems,” said Nenshi. “But in a much more important and thoughtful way it will help us bring back that vibrancy that attracts and retains this great talent.”

When asked by reporters, Moran declined to share details.

“The question will be a sane question, but there will also be a sane return.”

Moran was not affected by the delays in the construction of the Green Line and the Event Center, as both were “long games”.

“These are improvements to the inner city strategy, so we want them to be implemented,” said Moran.

“We believe that the opportunity for growing tourism, especially through investments in the arena, is very critical.

“The province has the ambitious goal of increasing tourism by twice its current growth. Without investments in infrastructure, including the arena or the city center, this cannot be achieved.”

Moran said downtown development is “a place where the government must play to stimulate this investment and drive this change,” and said other regimes of government could be “enablers.”

The CED president said Calgary’s GDP for 2021 is expected to surpass 2014 numbers, and even with record unemployment during the pandemic, more people are working today than in the past.