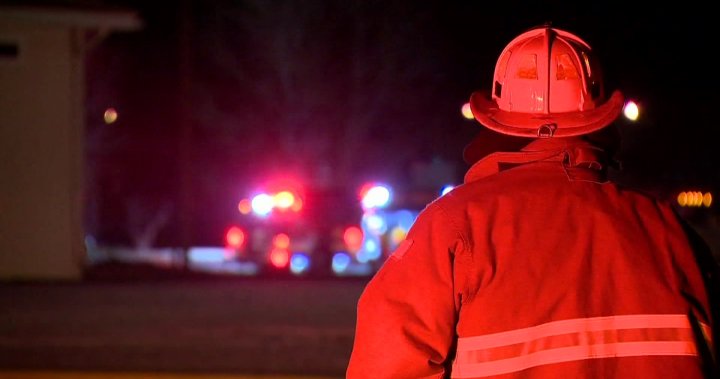 Calgary arson investigators are working to find out what started a fire in a commercial building in the Vista Heights community on Monday.

According to the Calgary Fire Department, firefighters responded to 30 Ave shortly before 4:30 a.m. NE 2010

In a press release, the CFD said firefighters found broken glass and debris on the front of one of the stores and heard alarm signals from inside.

Upon further investigation, the crews found that sprinklers had been activated due to a small fire in the rear of the building.

The crews put out the fire and ventilated the smoke from the building.

“The fire was confined to the unit of origin and damage to neighboring units was minor and limited to smoke and water,” said a press release.

No injuries were reported.