From Walk of Doom to Magic Walk: 3 Calgary artists add a touch of color to the streets of Crescent Heights 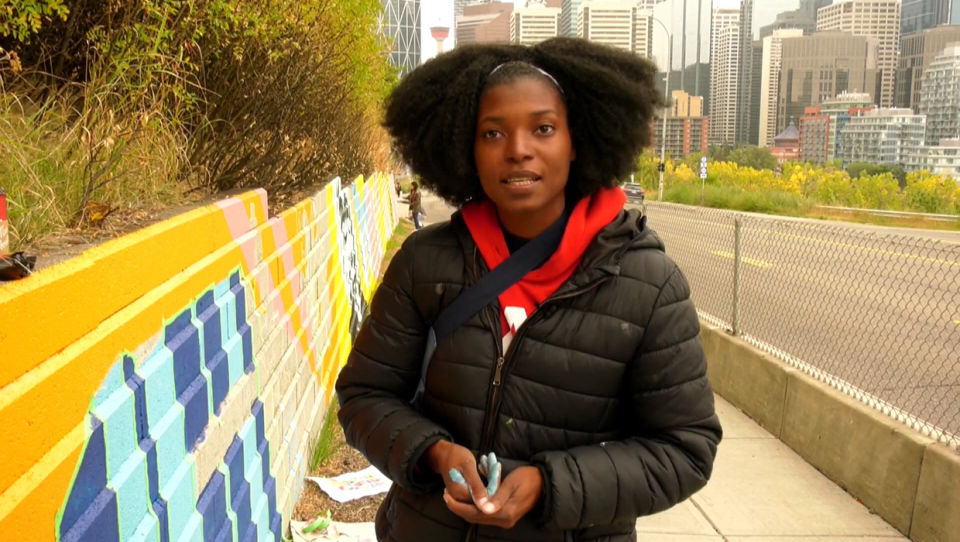 CALGARY – Three Calgary artists add color to a long stretch of street formerly known as the Walk of Doom.

This is the section of Center Street from Samis Road to 7th Avenue NE that is dominated by a retaining wall and not much more.

When the Crescent Heights Community Association surveyed local residents, it was described by many as loud, long, boring, and seemingly unsafe – so much so that people began to refer to it as the Walk of Doom.

Thanks to a trio of artists – Sydonne Warren, Tyler Lemermeyer, and Cory Bugden – selected by a five-person jury, the artists have now set themselves the goal of adding a little magic to the city’s sidewalk.

Warren said in an interview with CTV News the idea was to find a mix of contemporary Crescent Heights and its history.

“We spoke to some people in the community and did some research into the history of Crescent Heights,” Warren said, “trying to include as much diversity and community spirit as possible.”

The mural is the second high profile project for Lemermeyer, who was also commissioned to create a tribute to Snoop Dogg, which is on display in a Calgary Liquour Depot.

The project is funded by the City of Calgary’s Parking Revenue Reinvestment Program.

Coronavirus: Everything You Need To Know In Calgary Today