Helping the Vulnerable: James Desautels is running to become Calgary’s next mayor 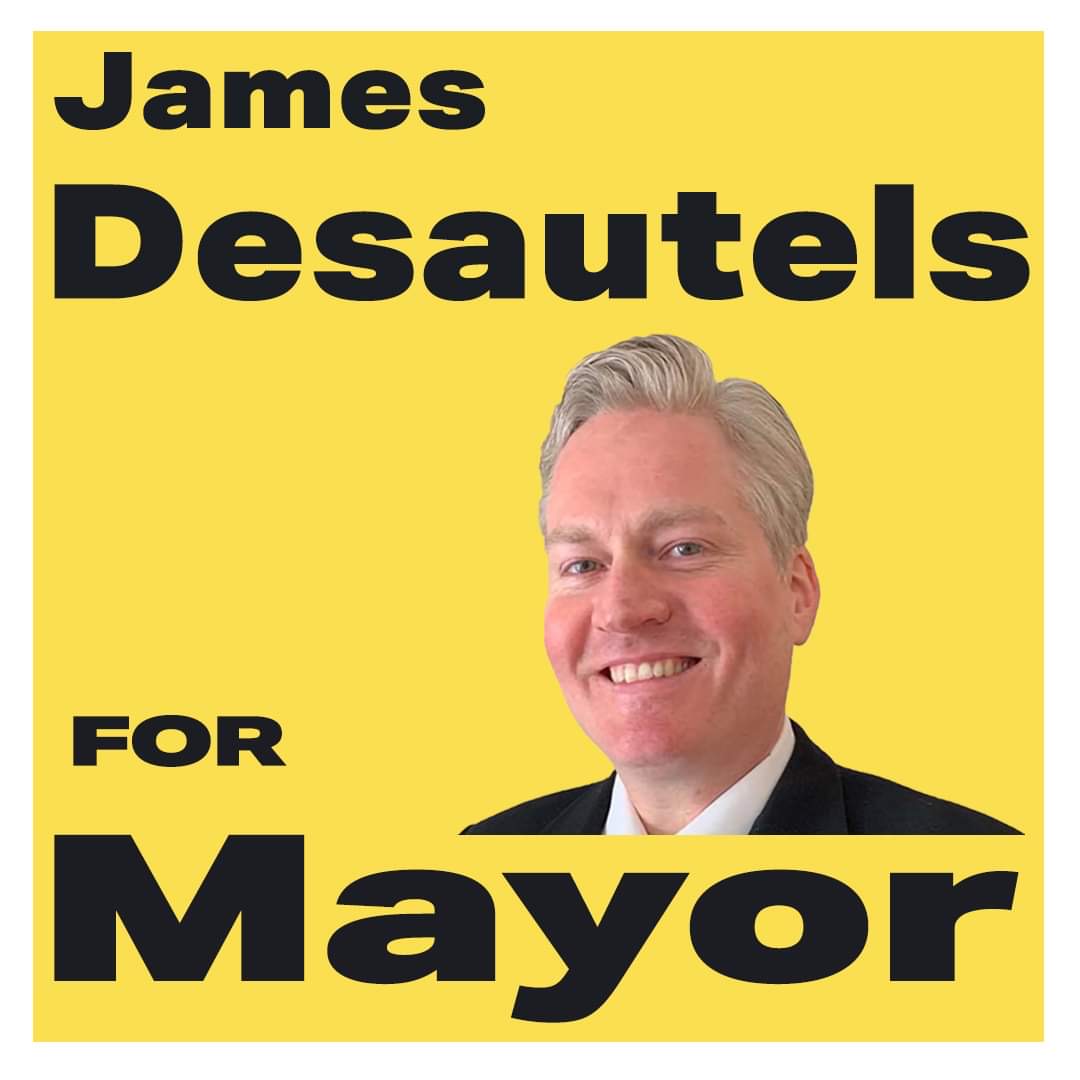 James Desautels is running for the next Mayor of Calgary and has a long list of goals in mind.

Desautels said he had been considering running for Calgary mayor since 2017. He said the pandemic acted like a sign and an invitation for him to run in the local elections in October. In the end, instinct and data fueled Desautels’ decision to run.

“The majority of the Calgarians are underserved. I think it’s a wake up call to create a better future for our next generation, ”he said.

“I don’t think you have to be a parent to feel this and create opportunities, resources and hope for the people who will take our place. So it’s about giving a voice to the majority of Calgarians, who historically have been underserved at the expense of the extremely rich. ”

Another factor that contributed to Desautels’ decision to participate in this year’s election is the support of his wife and friends.

“It was immediate support from them. When I have my wife on board and people who know me, the real me and the vulnerable me, on board from the start. That’s all I need, ”he said.

The Calgarians Desautels wants to help are those who need access to resources, education, and opportunity. One of the most important issues for Desautels is livable wages for Calgarians.

Desautels mentioned many areas that he would like to improve in Calgary. Topics like defusing the police, treating minorities, treating women, revitalizing downtown, engaging Calgary youth, and working with the University of Calgary for vaccine research are on Desautels’ to-do list.

“If we look at the police budgets here in the City of Calgary, they are sizeable. And not all of these professionals are trained and equipped and experienced to handle calls they make, ”he said.

“So let’s eliminate the expenses in the wrong places. And let’s get that kind of cushioning again from people who don’t need the help and resources and don’t need the capital and distribute it to those who do. “

As for downtown revitalization, Desautels said there are many possible directions.

“Is it about the conversion of office towers or about vertical food production? Does it mean retrofitting office towers for artists, for musicians, for content creators, for all the things that have also been undersupplied by the pandemic? ”He said.

“What are we doing at the city level to make access to resources, education, health care, access to vaccines and public transport equal for all people?”

Another item on Desautels’ list is how to deal with musicians and artists.

“This money generally stays within the community when given to more than one, two, or a handful of people.”

In addition to artists, he hopes to give small businesses more opportunities.

“A small company with two employees cannot compete with Suncor. And so I expect these deals that are economically treated to be treated in the same way, so I propose a tiering based on liquidity and profit margin in and out of the doors, ”he said.

Heat warning for Calgary, with a maximum temperature of 35C…

“There should be a staggering of these business fees, these non-resident taxes, to help the majority of the people who don’t fall into the category of CEOs of Company X, Y, Z again.”

Event center deal and fluoride in the water

Desautels said he did not endorse the deal with the event center or the fluoride in Calgary’s water.

As he said, fluoride can be found in toothpaste so there is really no need to adjust the water. The deal with the event center is arguably more complicated.

While he said he was a fan of the Calgary Flames even before the Saddledome, he also said the structure of the deal won’t be beneficial to the Calgarians.

“There are seven Canadian NHL markets. Five of these seven are private arenas. Two of the seven are publicly owned – Edmonton and Calgary, ”he said.

“Will the city take over and manage it? Probably not because these are government employees who have much more attractive service packages than employees of private companies. “

Desautels said his main concern is how the deal will affect the Calgarians in the long run.

“Is it an economic boom for the city of Calgary to have a franchise in one of the big four sports? Absolutely. Is Business Good For The Average Calgarian? Anyone would tell you that if they first blush and then say: No, it’s not. “We have to restructure it and see what we do with it.”

Funding from the police

Desautels supports the redistribution of police resources. For him, a change in the financing of the police means a restructuring of the way the money is used.

“This money needs to go to mental health professionals and resources. There needs to be addiction and homeless assistance and resources. The pandemic has really shed light on these things and how we structure society and we can do better, ”he said.

“When people feel valued and treated with respect, they have the feeling that they are not being specifically addressed by institutions.”

Desautels supports the Green Line LRT. Public transport, said Desautels, is important to him, since accessibility is important for Calgarians.

“[The LRT] is a way to access public transport, and it is a way for people who choose to use public transport or combine it with cycling and walking. Is it perfect No, it’s not perfect, ”he said.

“I think Calgary’s hearts and intentions for the majority of Calgarians are in the right place with the LRT.”

Desautels said the choice for him means a better future and a more economically prosperous future for the Calgarians.

“One vote for James Desautels, one vote for you, is one vote for the majority of Calgarians. I want to do things to help people and uplift people, ”he said.

“To change the world, we can change Calgary.”