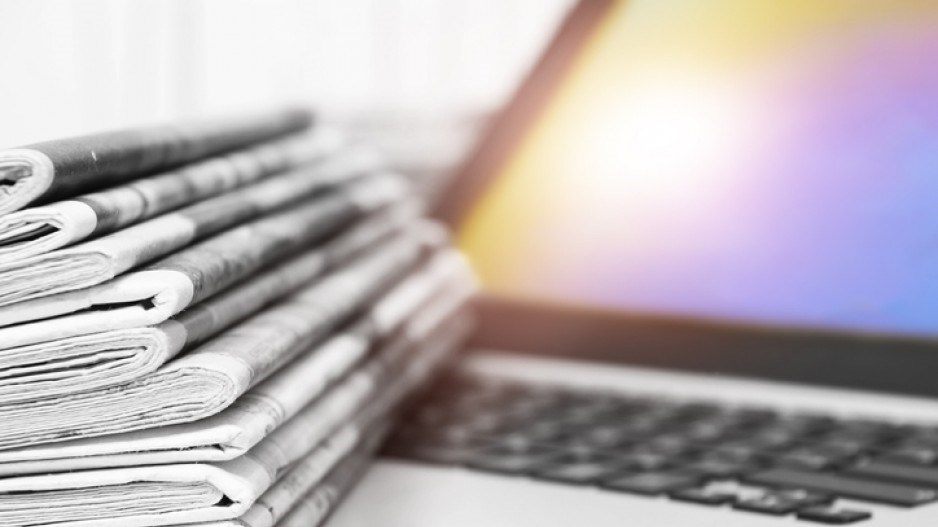 Can we expect a future in Canada where we will continue to have access to credible news?

The feasibility of delivering credible news has become a serious challenge in Canada and around the world in recent years.

Newspapers, television and radio saw significant revenue declines due to the online migration of advertising. Google and Facebook were the biggest recipients of this migration. Governments around the world attach great importance to this situation. As it should.

Credible and reliable news is vital to a functioning democracy. We have seen the impact “wrong” news and misinformation can have on elections. The 2016 US election was a major example and resulted in the US federal government and others around the world waking up to the issue.

A healthy news media industry informs people about vital issues every day, be it politics, healthcare, education, the environment, local people, companies, economics and much more.

It’s comforting to know that what you’re reading is true, researched and thought through in the right context. This is important for society to function properly.

“The time to act is now”

The Canadian federal government has taken note of the news media crisis and is ready to act. We welcome this. The time to act is now. And we hope to act wisely.

So what is the root of the problem? Much emphasis has been placed on the fact that Google and Facebook take an estimated 80% or more of digital advertising revenue and are too dominant. Readers can access a wealth of content online for free. The digital advertising costs are low. This has made it difficult for news organizations to afford the cost of publishing credible news and generate sufficient income to pay for it.

The newspaper industry in particular has historically led the way in creating daily reporting that is both comprehensive and believable. The advertising revenue for print newspapers has decreased significantly and has gone online. This has made it difficult for newspaper publishers to continue delivering the same amount and quality of news.

We therefore applaud the Government of Canada’s interest in acting now to create a stronger and viable news media industry.

As the government moves forward, it must realize that the factors influencing the news media are nuanced as the solution must be.

Today, Canadian news media outlets are paying for the vital journalism and content that the public accesses through their own websites, but also finds and accesses through search and social media. The digital platforms benefit from their ability to pick up credible messages by searching on companies like Google and by sharing them on companies like Facebook. Search and social media generate significant traffic for news publishers through this access.

This makes for a better ecosystem for information dissemination in general. The opportunity for more people to have access to the news benefits digital platforms, publishers, and our citizens in Canada and around the world who read the news. It’s a mutually beneficial reality.

But the answer goes beyond that. Google and Facebook cannot be expected to save the news industry by paying for content alone. Much of the advertising revenue that was sold in print newspapers went to the Internet elsewhere. It’s not just sold alongside digital news. It is sold online alongside all types of content. Google and Facebook should pay their fair share for the benefits and income they get from news content, but the economics and current reality suggest the answer is broader.

Small community news providers today are not generating enough digital traffic to justify Google and Facebook paying for their content at a rate sufficient to fund their survival. The government needs to support local news providers for a few years to allow time for a successful digital transition. This is exactly what the federal government did with the expanded Aid to Publishers program announced in September. This program needs to be continued and is likely to be at a higher level of funding. The government also funds other programs to support local journalism. This makes sense because news is more than a business – it has significant societal value.

Google and Facebook should pay their fair share of corporate tax in Canada. Every business that generates income in our country should pay taxes. At the moment, many are not. The digital platforms pay a small amount of tax in Canada, but the lion’s share in the US is paid on the revenue generated in Canada. It’s not your fault. It is allowed under Canadian law and the Canadian / US tax treaty. This needs to be changed. By paying their fair share of income tax, digital platforms can help the government support the transition of the news media industry and contribute to the Canadian economy.

This policy framework has to be practical. The last thing needed is for the Canadian Radio, Television and Telecommunications Commission to take over and regulate the payment. That would be a disaster.

There is encouraging evidence that these changes can be achieved.

Google recently launched Showcase, an initiative that pays publishers to curate and improve the presentation of their stories across Google’s various products. Der Spiegel and others register. Users view the headlines of the story and are directed to the news provider’s articles. This helps generate audience for the news provider. Google offers to pay publishers to include their content in Showcase. It needs to be determined what a fair price is to be paid and that publishers can expect payment to continue.

Countries such as Australia, France and the United States are working to develop a framework for setting up market-based payment models for content and for controlling the digital platforms.

This has opened up an opportunity for Canada to learn from these efforts, benefit from the progress made, and act in a timely manner to deal with the situation. We would like to encourage the government to work swiftly on developing the policy framework and to ensure that the federal government, the digital platforms and the news media work together whenever possible to develop the appropriate solutions.

Google supports this. It announced that it will spend $ 1 billion worldwide on paying for content, or $ 333 million a year, over a three-year period. It supports a regulatory code of conduct.

Google has gone to great lengths in the past to help message survival. The Google News Initiative is a $ 300 million company that runs a variety of local news support programs around the world. It assists publishers with digital news development, audience development and analysis, ad technology development, editorial skills and practices, and a variety of other forms of assistance. Google hosts Newsgeist and other events that bring together news people from around the world each year. It has provided funding to help news publishers edit during the COVID-19 pandemic. It clearly has a genuine interest in helping the news industry.

Facebook has also started offering support to publishers in the past few years, but has not yet offered to pay for content. It should. It has expressed readiness to pay corporate tax in countries where it has revenue, in accordance with the changes recommended by the Organization for Economic Co-operation and Development. It is making efforts to deal with fake news and needs to do more for a safer democracy to exist.

“The time is ripe for action”

Can we expect a future in Canada where we will continue to have access to credible news? The answer is yes if there is sufficient change. A number of media companies are already showing that posting credible news on the internet may have a future. It takes time and investment, but it can work. The challenge is on the order of magnitude. A successful transition to digital news, where communities large and small across the country can have access to sufficiently credible daily news, will require a better economic model and continued government support.

The time has come for action. The government has taken note. Solutions that can be adapted are developing in other countries. Google has shown a desire to find a solution. The best outcome for Canadians is that a healthy news ecosystem is anchored. This should include paying for content, paying income taxes and a code of conduct for the digital platforms. We should also promote an environment in which the platforms work with the news industry now and in the future. This will contribute to the further development and growth of the digital audience. Google and Facebook generate significant audiences for news publishers. Monetizing that audience through selling advertising and generating leads to subscribers is just as important as paying for content.

If these changes can be achieved, Canadians can expect access to credible news and journalism to continue into the future. This is important for our democracy and its impact on our daily life.