Around 1,000 9th grade girls from 90 schools in Calgary brought their futures to life on Wednesday.

The University of Calgary, Mount Royal University, and SAIT have launched Explore STEM, a program engaging girls in science, technology, engineering, and math.

9th grade girls put together a news broadcast on SAIT on Wednesday as part of the Explore STEM program.

Mo Keshavjee, project coordinator for the SAIT Student Experience Program, said this is the 20th anniversary of the STEM program.

“The goal is to give young women the opportunity to see the career paths that are available to them,” he said.

“We’re trying to move them away from traditional female roles and introduce them to some of STEM’s career opportunities. You are now in high school and have the opportunity to do science and math. When they go to post-secondary school, their options are open. “

Keshavjee said it started as an IT program.

“When technology changed, so did we,” he said. 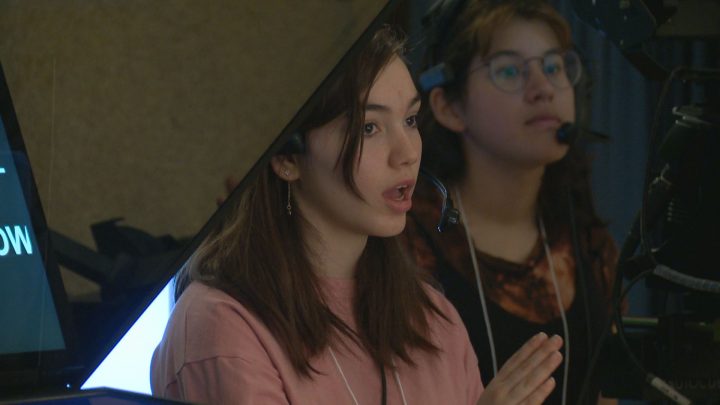 9th grade girls put together a news broadcast on SAIT on Wednesday as part of the Explore STEM program.

Morgan Kuzuchar, who wants to become a science teacher, participated in the program to increase her understanding of the subject.

“It was a cool opportunity that we were offered and I felt that it would improve my understanding,” she said.

“[It helped increase] My knowledge in science and how complicated things can really be in the real world. “

Fatma Almurab wants to become a doctor in order to help other people.

“It was incredibly terrifying and I thought it was a really good time,” she said of the day’s events.

Helen Arias wants to become a graphic designer and the skills learned in the program will prepare her for an exciting career.

“I learned about printing and Photoshop,” she said. “I thought that was really cool.”

Calgary is one of the most generous Canadian cities in 2020