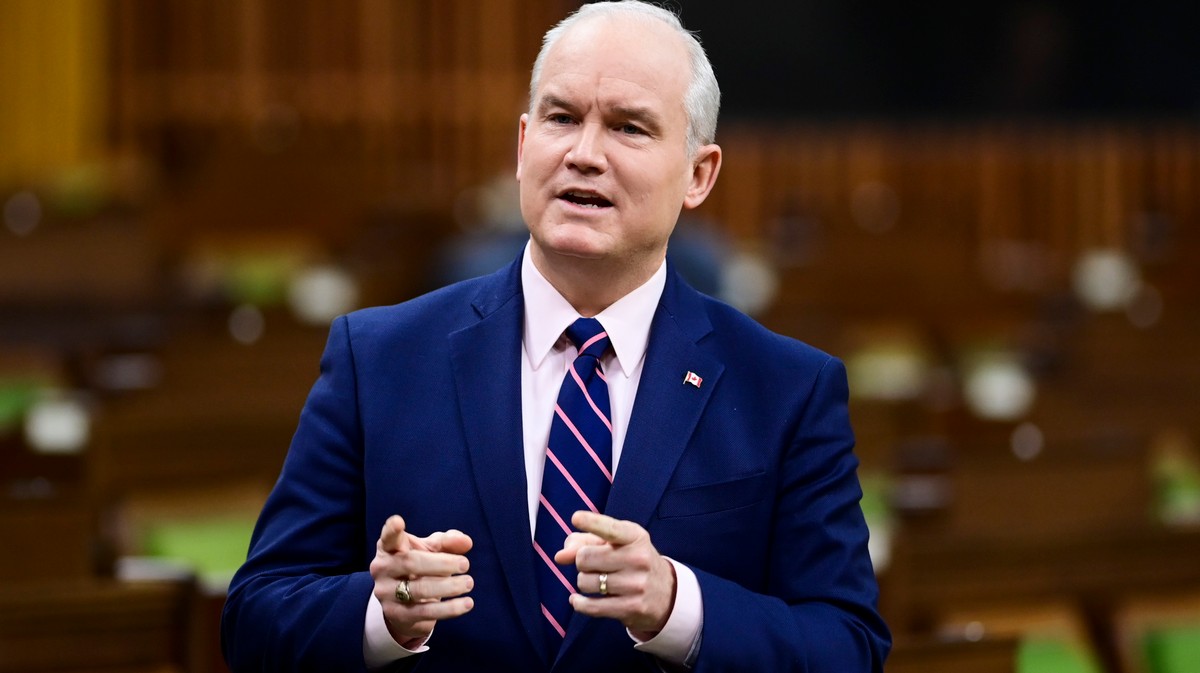 Conservative party leader Erin O’Toole says his party is not one of the “climate change deniers”. File photo by Sean Kilpatrick / Canadian Press

Just hours after the Canadian Conservative Party leader decided that his party was not among the “climate change deniers”, his party voted against recognizing “climate change is real” at its political congress on Saturday.

One of the proposed changes to the strategy book, which was roundly endorsed by Conservative Party leader Erin O’Toole, merely recognizes the existence of climate change.

“We recognize that climate change is real,” the resolution said. “The Conservative Party is ready to act.”

The proposal from the Quebecer riding Portneuf-Jacques-Cartier also states that “Canadian companies classified as highly polluting must take on more responsibility,” and that Conservatives should support green industries.

The resolution was rejected with a slight majority of 54 percent. Of over 50 policy proposals tabled during the Convention, only four were rejected.

According to the CBC, Conservative Party members in Atlantic and Quebec voted to believe climate change was real, but members in all other provinces did not. Saskatchewan, Alberta, the Territories, and the Ontario Conservatives were most opposed.

Earlier this year, a report found that the Albertan government had paid $ 28,000 for a report smearing climate reporters and activists as part of an environmental conspiracy against the oil and gas industry.

Press Progress reported that Campaign Life Coalition, an anti-abortion group with significant influence over Canadian social conservatives, was promoting conspiracy theories about climate change before the vote. In pamphlets instructing supporters how to vote at Congress, the Campaign Life Coalition wrote, “Global warming is being used by global elites and the United Nations to promote population control through abortion and sterilization.”

Just hours before Conservative Party members opposed science, O’Toole gave a speech saying he would not allow his “candidates to defend themselves against the Liberals’ lie that we are a party of climate change deniers.” are”. Despite the embarrassing vote results, O’Toole later said the Conservative Party would treat climate change as real and create “a serious and comprehensive plan”.

Here are 17 free things to do in Calgary this spring