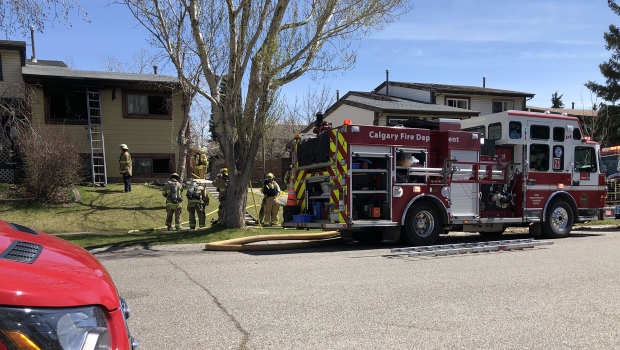 CALGARY – A man was taken to Foothills Medical Center after being rescued from a burning house in the northwest Calgary community of Ranchlands.

Emergency crews were called to the scene at around 11:15 am in a house on the 1400 block on Ranchlands Way NW

When they arrived, firefighters found a male victim outside the house.

Smoke and flames came from the front window of the affected unit and caused the crews to launch an aggressive external attack.

EMS says the victim was burned and suffered from smoke inhalation.

The patient, who was in serious condition, was taken to Foothills Medical Center.

Firefighters say the house was split into seven units and crews managed to keep the fire down to just one unit while another sustained smoke damage.