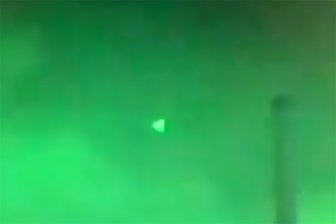 The Calgary-based Public Safety Task Force has completed its work. But now the real work begins to determine the reasons why some Calgarians feel unsafe on the city streets.

“This started with the increasing gun violence problems we saw in our city,” said George Chahal, councilor and chairman of Ward 5’s task force. “But the conversations we had today were how we were with urban Avoid violence.

“But it’s also about addressing other forms of violence that we see in our community.”

Domestic violence, gang lifestyle, mental health and addiction, and trauma as the root cause of many types of violence were also examined by the task force during its year-long mandate.

The task force examined the many violence prevention programs and services available in the city, as well as gaps in service and inspiration in other cities’ programs.

The exchange of information between the city and the community organizations, coupled with the advocacy of other levels of government, is an action. The second application for federal public security funding is the second. The third option is to connect programs with vulnerable populations and help them navigate gang-specific programs.

The actions will be able to mesh with other current efforts of the city.

“The city has a number of other initiatives underway to support the work of the community-based Public Safety Task Force, which is helping build capacity with many funded organizations and capacity building with organizations that are who traditionally do so. I was unable to access these funds to support communities disproportionately affected by urban violence, ”said Chahal.

“We need to have these conversations as a fellowship with our school authorities and the government to support some of this work,” said Chahal. “And then we also need to focus on stronger and better relationships through community police with many of these communities that feel they haven’t had a voice or opportunity to build those strong relationships.”

Ramandeep Jaswal, a member of the public who was “involved in gang life” at a young age and eventually jailed, said he was not given guidance and supervision from his parents because they worked long hours as new immigrants.

Jaswal said he returned to school and graduated from school after being paroled, and has since been a peer-reviewed writer working with Olympic teams.

“It is important to stress that none of this happens without my community support, especially when I was released from prison – when I was most vulnerable to renewed attack,” he told the committee.

Jaswal said he is now a mentor to other young offenders with the John Howard Society and endorsed the recommendations in the task force’s report.

“Community action reduces relapse rates by helping these individuals become contributing members of society, and this in turn makes our community safer,” he said.

“It’s a win-win situation for everyone.”

Stories like Jaswal’s were shared in roughly 24 hour engagement sessions that Chahal attended. Ward 5 city council said the sessions had changed his life.

“It was very enlightening when I was in all of these engagement sessions and had many more one-on-one conversations,” said Chahal, noting that not all stories had an ending to sunset. “It is heartbreaking to hear a single mother come from a war-torn country to have a better life and better opportunities, to support her children, to live in affordable Calgary housing … and to lose a child to gun violence .

“The needs and challenges are different across the city. However, we have one thing in common: We all want a safe community, and we all have the right to live in a safe community here in Calgary. “

The committee voted unanimously to recommend the report’s recommendations to the Council, which will decide on the document on May 10th.