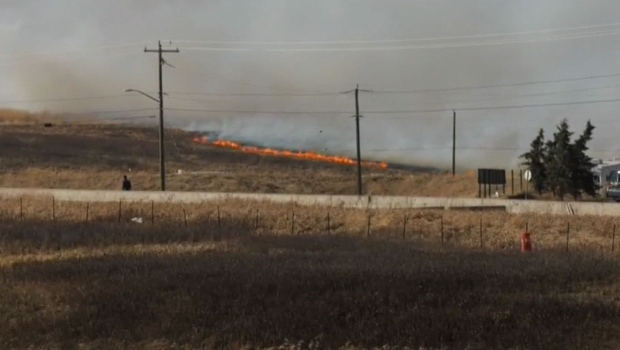 The fire, which started around 3:30 p.m., poured smoke into the air over long stretches of the community.

Calgary Police have closed 144 Avenue between Shaganappi Trail and Symons Valley Road NW, but it appeared that no homes were at risk.

They advised residents to avoid the area for the time being.

Even so, smoke and flames caused concern among residents like Roxane Howey.

“It’s really disturbing that the smoke gets really dark for a moment and then really light, like it’s using some type of fuel,” she told CTV News in an interview. “We have a neighbor on the other side of the ridge and watch which way his flag is waving. If it changes, I’ll be out of here.”

The province was also aware of the fire, but no emergency alarm was raised.

Transport Secretary Ric McIver said the residents of Mountainview Road have been evacuated.

The fire was the second fire the crews battled on Thursday, and the first was another runaway grass fire near the town of Cochrane.

The size of the fire corresponded to 500 to 600 hectares.

The fire brigade stayed on site on Thursday evening.