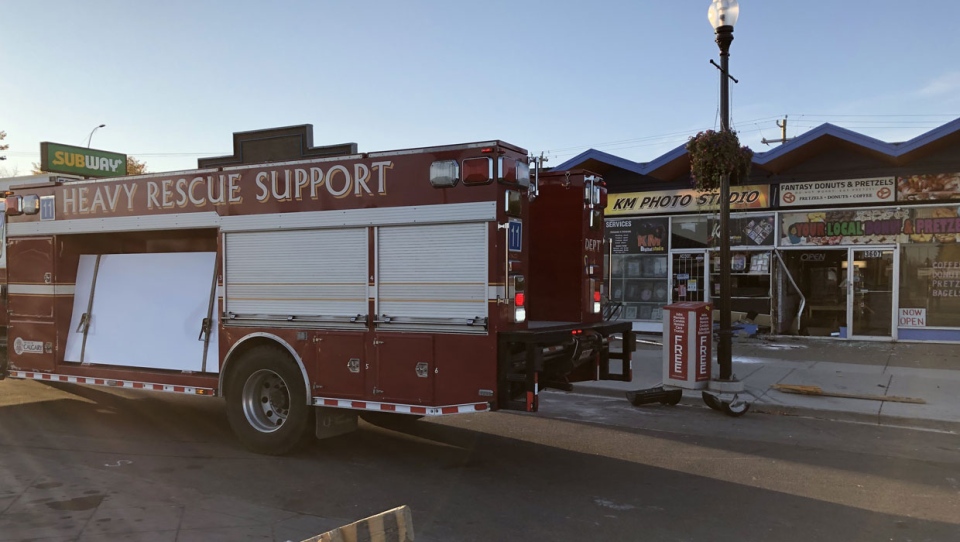 Shortly after 8 a.m., local officials were called to report that a vehicle was driving erratically and at very high speed.

When the officers arrived, they found a jeep that had crashed in front of a shop. Several other shop windows in the area were also damaged.

There was a driver and a passenger in the vehicle. EMS found that both women were uninjured in the incident.

Calgary Police have arrested the driver and are investigating the circumstances that led to the crash. No charges have been brought so far.

The CFD Heavy Rescue Unit was also called in on site to investigate the structural integrity of the company and ensure that it is safe for the public.