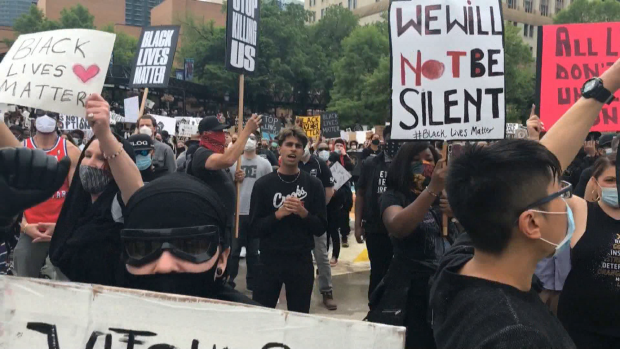 CALGARY – There is increasing support for an online campaign calling on the City of Calgary to take action against systemic racism.

As of Monday morning, nearly 60,000 people will have the We Ask the City of Calgary to hold a public consultation on the Petition Against Systemic Racism since it was launched on Wednesday by the Canadian Cultural Mosaic Foundation.

Headquartered in Calgary, the group aims to improve racial relations and says systemic racism is a top concern in the city.

It cites 2016 data from Statistics Canada showing that more than 30 percent of the population of Calgary are identified as visible minorities and about three percent as Aboriginal. However, racist and hate crimes persist across the city.

“The city government, the City of Calgary, has not yet addressed discrimination against this population,” the petition said. “We know the city has developed some policies and strategies to promote diversity and inclusion, but no concrete action has been taken.”

The group would like to have a public consultation where Calgarians of all backgrounds have the opportunity to voice their concerns.

In addition to signing the petition, members of the public will be asked to write a letter or tweet to their city council or mayor.

Reaction of the city councils

Whether a public consultation on systemic racism will take place has yet to be decided, but some city councils have expressed support for the idea.

Ward 5 Coun. George Chahal, who is also chair of the public safety task force, says the petition is an inspiring initiative and calls for meaningful discussion.

Chahal adds that he has personally experienced racism and harassment because of the color of his skin, but the verbal abuse noted goes deeper than just racist slurs.

Mayor Naheed Nenshi says he is “very proud” that Calgarians have come together to peacefully protest and stand up for the rights of others.

Nenshi adds that he is committed to building a more inclusive society.