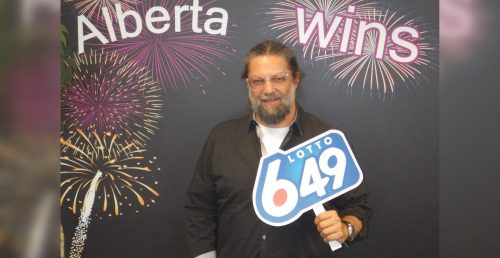 Greg Gerla became the tenth lottery millionaire in Alberta in 2021 when he won $ 1 million in the LOTTO 6/49 raffle on January 27th.

Talk about luck – the $ 1 million winning numbers actually came from a free LOTTO 6/49 ticket that Gerla redeemed at the 1904 Savers Convenience Store in Lethbridge on 13th Avenue N.

Gerla couldn’t believe his eyes when he returned to the store a few days after the January 27th drawing to check his ticket.

“I had a couple of lottery tickets to review,” Gerla told Western Canada Lottery Corporation. “I won $ 20 on one ticket, a free game on another ticket, then I scanned this one – whoa!”

While the winnings on his other two tickets weren’t that big, we wouldn’t turn down $ 20 and a free game.

“I was so surprised; I really didn’t believe what I saw on the screen first,” said Gerla.

Gerla plans to save and invest his profits (as in charge of him), but he also wants to buy a new car.

The $ 1 million prize was drawn in the LOTTO 6/49 Guaranteed Prize raffle, and the ticket also earned Gerla another free game in the main raffle – seriously, this man’s luck is amazing!