The Calgary geophysicist, who’s paving the best way for “greener” lithium mining, will get the eye of buyers Elon Musk 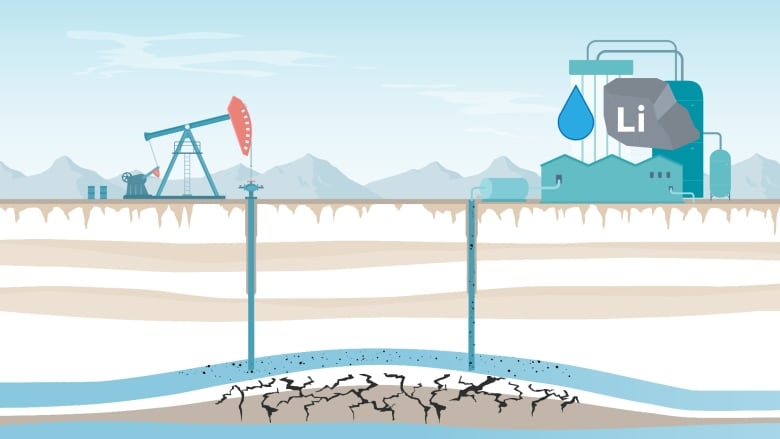 Amanda Hall was on a mountain in Tibet when the inspiration came.

“I saw a Tibetan monk reach into his robe and pull out an iPhone,” Hall told the Calgary eyeopener.

“If there is an iPhone on a mountain in Tibet, then where is there no iPhone on this planet? And then I was just thinking about batteries, battery technology and energy, and how we store that energy.”

On her return to Calgary, the accomplished geophysicist looked for a better, greener way to mine lithium – the essential component of lithium-ion batteries that power electric cars and smartphones.

This led her to found Summit Nanotech in 2018, developing nanotechnology that works with materials at the molecular or atomic level to selectively filter lithium from the brine used in oil wells.

It is completely different from the way lithium is traditionally mined.

“I really got into the history of lithium mining and where it started and how we do it today, and I realized that nothing has changed in 30 years,” Hall said.

Lithium is usually mined by hard rock mining – where the rocks are ground and dissolved – or by brine mining, which is similar to drilling a well.

“I took everything I learned in the oil and gas sector in Canada and what I learned about nanotechnology … and figured out a way to get the lithium,” she said.

Lithium is abundant in Alberta and companies are hoping to capitalize on the growing demand for batteries by finding an easier, greener way to mine the light metal. (CBC)

The company has a laboratory in Bearspaw and is building its first pilot unit.

“It’s a seven-step process that goes from raw brine to a high-purity battery-grade end product,” she said.

“So we could take this final product and ship it to a battery manufacturer and they could put it in a battery.”

According to Hall, Alberta was the ideal place to develop the technology that she and Dr. Kelly Krahulic, the vice president of technology and innovation at Summit Nanotech, invented Nanotech.

“And we really focus on making ESG (environmental, social and governance) an important part of the extraction process. Nowadays it is future-proof for your company if you prioritize environmental processes in raw material extraction.”

Not only did Hall invent a new way to mine lithium, she’s also breaking the glass ceiling with her all-female company.

“When I show up at a mining site in South America, I’ll be the only woman in the world who does this to an all-female leadership team,” she said.

Companies in Alberta are looking for new ways to extract lithium from the brine used in the oil field. (Radio Canada)

Hall said her company is not just about science, it’s also about the people she wants to work with in Calgary.

“You can’t run a business without good people, and we have so many resource extraction experts in this province,” she said.

Hall plans to develop the methods here and then take them further towards the target market in Chile, South America

“We plan to extract lithium from oilfield brines in Alberta one day, but not immediately. We must first build a strong source of income internationally.”

Summit Nanotech is still in the development phase but has already caught the interest of billionaire Elon Musk as well as investors, Hall said.

“We’re seeing a lot of oil and gas investors looking to diversify,” she said.

“So investors show up at companies like me and say, ‘Can we invest in you?'”

Ultimately, Hall is ready to develop a technology for a product whose demand will only increase.

“There is a global paradigm shift in the energy industry, and it starts to wonder where the source of this energy comes from,” she said.

“The energy industry, the oil field, will not close because we are running out of oil. It would be about demand. So the paradigm shift in energy is taking place, whether we like it or not.”

Meet “The Innovators” – our new series about Albertans with big ideas. First, a Calgary-made technology that already caught the attention of billionaire Elon Musk. 9:58

With files from the Calgary Eyeopener.