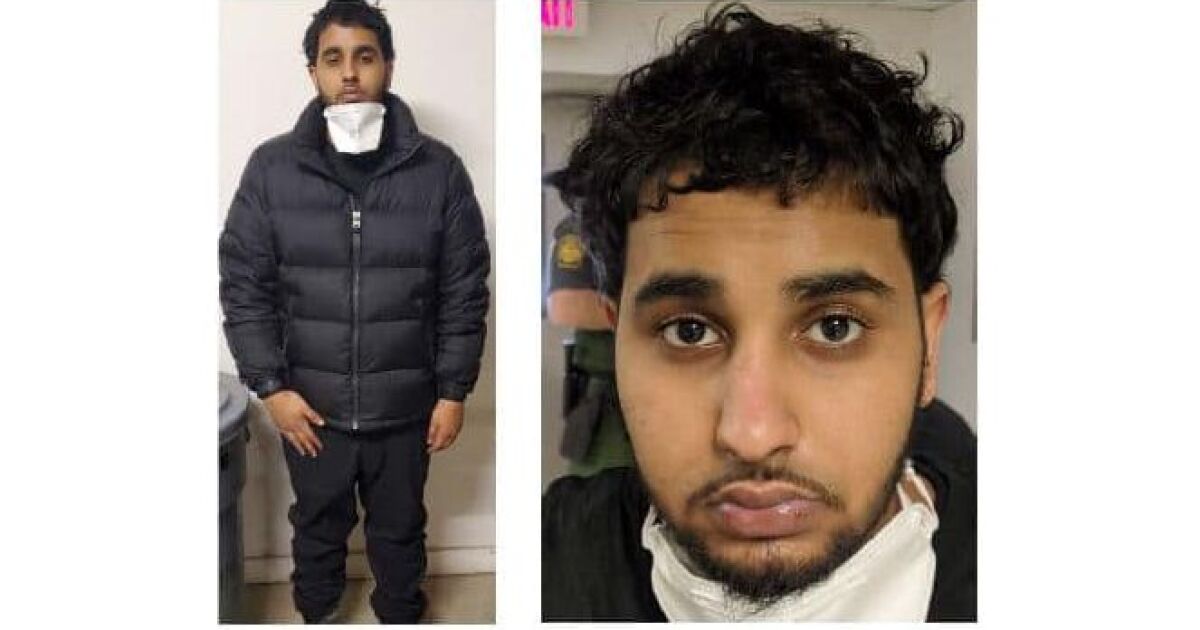 KALISPELL – The Flathead County Sheriff’s Office reports that they are still looking for Naseem Ali Saleh Mohammed, who illegally crossed the United States-Canada border on the weekend of January 23rd.

Sheriff Brian Heino said Mohammed was taken into the care of the Border Patrol in Whitefish; Agents scanned his fingerprints and found no history of criminal convictions or immigration violations in the United States

Sheriff Heino said agents released Mohammed before agents received information that he had arrest warrants related to a murder in Saskatoon, Canada.

Canadian news agency TheProvince.com said: “Mohammed, a member of the Brothers Keepers gang, has been escalating tensions in the lower mainland gang conflict for weeks by posting violent rap songs and live videos on Instagram campaigning for murder and hits against rivals like Red Scorpion Gary Kang, who started a group called BIBO – or Blood In, Blood Out. “

Sheriff Heino said it has been a few days since the authorities received any advice, but be careful if you see Mohammed.

Mohammed is 22 years old, 5’5 “tall and medium-sized. He was last seen in a camouflage jacket, black trousers and high-cut” crap “boots.

He was one of five suspects at an illegal border crossing into Montana near Eureka that resulted in a high-speed car chase and arrest of three people.

Anyone who has seen Mohammed or knows his whereabouts is asked to call 911 or the Flathead County Sheriff’s Office at 406-752-8477.

(JANUARY 28) Three men suspected at an illegal border crossing into Montana near Eureka and arrested after a high-speed car chase first appeared in court on Thursday.

Acting US attorney Leif Johnson said in a press release that criminal charges have been filed against White, Neil and Abdi. There is still no word on what charges can be brought against the other two people.

In the complaints, White is accused of being a foreigner in the United States after deportation, Neil of having transported certain foreigners, and Abdi of illegal entry of foreigners.

Court documents state that the Spokane Sector Border Patrol Dispatch received information at around 8:55 a.m. on Jan. 23 that three people in camouflage and dark clothing with black backpacks were crossing the border from Canada to the United States near western Kootenai, Montana.

Border guards located a Nissan Sentra on West Kootenai Road and left the area where the three people entered the United States. The agents attempted a vehicle stop and the Nissan eventually pulled up on the side of the road. When agents approached the vehicle, the Nissan sped away and headed southeast on Highway 93.

Officials ended up using a vehicle immobilization device for the Nissan, and it came to a halt on a small embankment on the freeway near Whitefish. The three people were then arrested.

The press release notes that a criminal complaint is just an allegation and the defendants are presumed innocent until they are found unequivocally guilty.

Uncover our Filipino community in Calgary