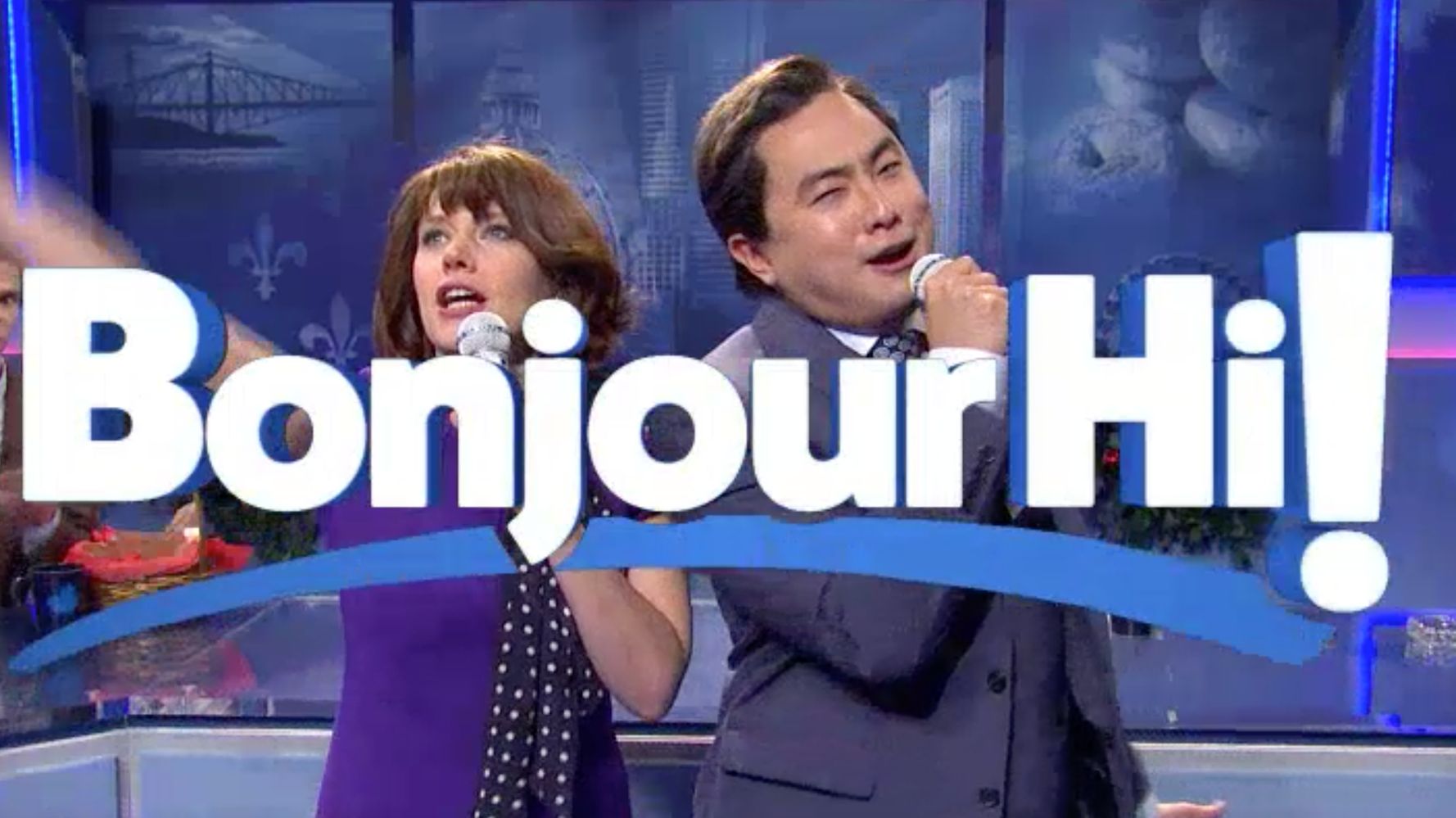 According to Saturday Night Live, Montreal people are madmen who break into Celine Dion tunes at every provocation and see Toronto primarily as a place to spot Drake. Hey, it’s a stupid stereotype, but one that this Montreal reporter can’t personally refute.

In a satirical sketch of a CBC morning show in Montreal that aired that weekend, Bowen Yang and Kate McKinnon played Francophone newscasters hosting a show called “Bonjour-Hi”. (You may remember the seemingly innocuous bilingual greeting that became the target of anger by the provincial government last year. Easier times!)

The Montreal of the sketch – “the best parts of Canada and the worst parts of France” – is a place where everyone smokes, has “Jean” in their name somewhere, and the accents of Québecois and Europe are interchangeable. (Yang’s accent is classic Quebec, but McKinnons is much closer to French-from-France than French-Canadian.)

It also includes a segment from Guest Host of the Week Issa Rae as a Toronto correspondent on Drake Watch.

“I thought I saw Drake, but it was just my friend, Étienne,” said Rae in a French (?) Accent. “Étienne looks a lot like Drake, and I was confused because he was crying on a basketball court.”

The morning show hosts then give their confused American guest a gift basket that turns into a serious but predictable bagel slander. “Why is everything here 25 percent different?” he asks.

When it came time to say “au revoir-bye” the hosts were sad to leave, but “that’s it” they said, breaking into their best Celine Dion croons, of course.

For some reason, there was no cameo from Justin Bieber, this week’s musical guest. Missed opportunity!

But the sketch has some actual Canadian references: Yang lived in Montreal as a child and has previously spoken about how his time there introduced him to the Celine Dion national treasure. And according to his Twitter account, Celeste Yim, a Toronto native who now lives in New York, was one of the co-scribes of the sketch.

Just a couple of notes: an Anglophone show in Montreal might highlight Canadians like Drake and Rachel MacAdams, but it’s unlikely that a Francophone Quebec program would do the same. The same goes for the maple leaves on their coffee mugs – these are Anglo-Canadian things.

Even Canada, living in the American imagination, is always a land of hockey and free health care, without mentioning the deep-seated racism and turmoil that goes on here. Bagels and cigarettes are easier to joke than the destruction of indigenous fisheries, which politicians like NDP leader Jagmeet Singh call terrorism.

Not all local outlets were enthusiastic about the sketch. “This may be the rare case of a ‘Bonjour-Hi’ so egregious that all Quebecers agree that it should be banned,” hesitated the Montreal Gazette.

But of course, in the classic Canadian way, we’re happy to just be noticed.

You can check out the full sketch here as – and this is the most Canadian thing of them all – the YouTube clip is blocked from Canadian viewers.