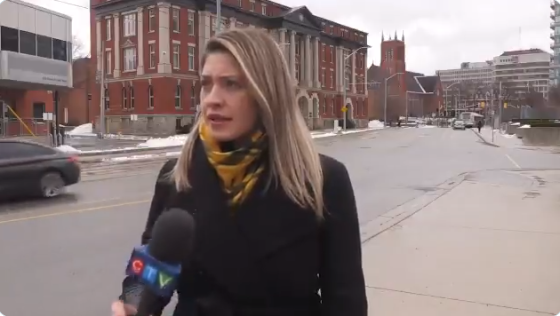 It goes without saying that no one should ever be afraid of sexual harassment while simply trying to get their job done.

Canadian local broadcast journalist Krista Sharpe shared a video about her experience with “video bombs” during a live segment, resulting in a flurry of support from thousands.

The video shows Krista speaking live for the local network CTV Kitchener when a passing car considers it appropriate to interrupt her by screaming profanity.

What apparently went down very well with the audience is visibly affected. Krista is struck by the intrusion, which leaves her powerless and embarrassed when the car in charge spins past her.

She shared the video with an incredibly honest tweet and concluded that “this is still happening to reporters everywhere and it has to stop”.

The reporter is clearly fed up with being put in this ultimately avoidable position.

Many of the 3 million viewers of the video voted for Krista to talk about how commonplace this is and describe the behavior as “gross”.

A number of local broadcasters in Canada and the United States have also shown solidarity, drawing on their own experience of sexual harassment in the air.

Waterloo Police Chief Bryan Larkin made this promise after urging people to provide more information about the “unacceptable, vulgar and abusive” actions of those responsible.