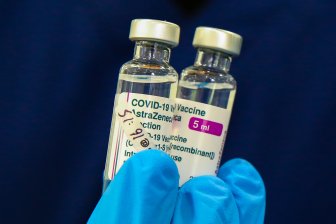 After days of public presentations over the years and the thousands of dollars spent informing Calgarians – and some would say they were misinformed – that would guide the development process for local area plans, one has City Committee redefines its role in the guide to local planning.

Mayor Naheed Nenshi said he recognized that the city council had created a problem, a problem he recognized at the March 22-24 council meeting that saw a record number of Calgarians for and against the Guide to Large Communities ( now known as the guide to the region) talked planning)

Large community guide drawn from the committee meeting in May

“We have indeed created a problem of ourselves,” he said. “In order to achieve something that was technically good – namely, adopt this as a legal plan – we created some misinformation.

“Even I was confused about why it was a legal document. And in creating this misinformation, we lost the real heart of the matter. “

Senior planner Lisa Kahn told the Planning and Urban Development Committee that all of the elements of the guide are best practices that city officials use when creating local area plans (LAPs) and prior redevelopment plans.

“If the council hadn’t adopted this guide, would you be using less than best practice when working with communities to create local plans?” Asked Nenshi Kahn.

“No, we would absolutely stick to our best practices and look at future trends and see what the communities really need and want as part of the local planning process,” Kahn replied.

At the mayor’s request, the committee accepted the guide as information and instructed city officials to use it as a living document to guide the community’s engagement during LAP development. The administration has also been directed to keep track of the lessons learned throughout the document and to compile a list of LAPs by 2022.

The planning committee voted 7: 5 in favor, the councilors Chu, Colley-Urquhart, Farkas, Magliocca and Sutherland were against.

Committee Chairman and Ward 3 Coun. Jyoti Gondek said most of the planning in most communities is to develop best practices in-house and use them in creating things like LAPs that are required by law in Calgary.

“As these legal documents are being prepared, they would use some best practices,” said Gondek. “Our administration has decided to adopt their best practices and make them public.

“And then we as the council decided to approve this type of document, which we didn’t have to do. What comes to mind today is, “Did we do it right?”

Gondek said the council is leaving the planning work to the experts the city employs and will instead only be involved in approving LAPs.

“We took a smart move – we stopped overregulating,” she said.

Earlier in the day, the committee heard from 80 Calgarians who shared their perspectives on the guide.

Their comments largely echoed what was found in two “What We Heard” reports produced by the March Marathon Council meeting and public engagements that followed. The committee identified two main issues in the reports: community involvement in the inclusion process and detached residential areas.

The downtown Calgary revitalization plan aims to get more people to live, work, and play

City officials provided the committee with 62 changes to the guide, starting with changing the title of the document.

“While the title change seems modest, this change is aimed at the main purpose of the guide: its application to the local planning process,” said Stuart Dalgliesh, GM for Planning and Development.

“In local area planning, citizens and communities come together to work with us (the City of Calgary) to determine how their community should grow and change over time.”

Gondek noted that some areas of the city shouldn’t start the local planning process in up to a decade.

From legal to administrative

Nenshi said the motion he proposed, which was accepted in committee, addressed the fears citizens expressed during the days of public presentations. The mayor said these fears had been “gutted” by Ward 11 Couns. Jeromy Farkas.

“They were concerned that the guide would force them to come up with a new plan, that it would change their communities, that it would change what was allowed to be built in their communities,” said the mayor on Thursday. “And it was fascinating for me to hear the councilors debate last night. That is, the motion I put in actually solves all of the problems it has raised.”

The first was to postpone the decision to a committee meeting after the elections. That was rejected with only the city councilors Chu, Colley-Urquhart, Farkas, Magliocca and Sutherland with 5-7.

The second was a procedural inquiry into whether the document could be changed from a legal guide to an administrative guide at committee level. The city legal department and city clerks agreed that a committee can make that decision if the decision is on the committee’s behalf.

According to Nenshi, changing GLAP from a legal document to a best practice guide will allow the guide to be updated as industry best practices change, and not every change needs to be approved by the council, as legal or non-legal Document would have been the case.

“The more I thought about it, the more I said, ‘Well, the Council isn’t an expert on planning or building codes or anything like that. The council must vote on the resulting plans. But why is the Council voting on what we consider best practices? ‘

“And that really got me to understand that the real problem here is that we just need to be very clear that this is a best practice document.”