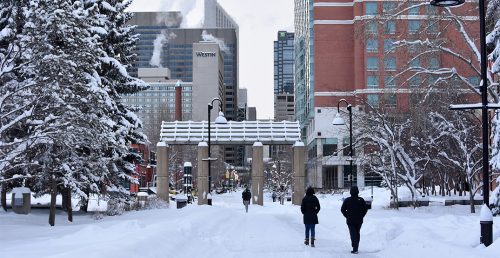 The local state of emergency declared for the city of Calgary due to the ongoing COVID-19 pandemic has been extended by 90 days.

In the early phases of the pandemic, a state of emergency (SOLE) was introduced in March 2020, which was lifted in June at the beginning of the second phase of the province’s relaunch strategy. When the SOLE was lifted in June, the number of active cases in Alberta was at an all-time low of just over 300 cases.

On November 25, the City of Calgary declared a second state of emergency as cases increased, and on February 23 they renewed that declaration.

It is now extended to at least May 24th.

On a Tuesday morning in the city of Calgary, Sue Henry, director of Calgary Emergency Management stated that “declaring a state of emergency on the ground gives us a wide range of powers within our community boundaries.”

“These powers allow the city to remain agile and respond to new needs. [and] They ensure rapid coordination of actions to protect the safety, health and well-being of the Calgarians. “

“Our case numbers are similar to those at the end of October,” said Henry. “And we’re still not sure how the variant will affect our case numbers.”

The SOLE has been extended for 90 days and the restrictions imposed by the Alberta government have not changed.

These restrictions include, but are not limited to, a ban on indoor social gatherings, a 10-person limit for outdoor gatherings, restaurants that dine in person until 11 p.m., and no sports games, team exercises, league games, or group exercises of any kind.