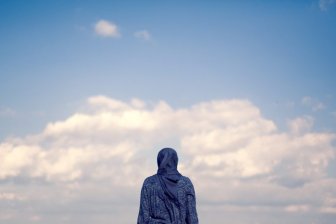 The plus-15 downtown sidewalk system was full of activity that led to the COVID-19 pandemic, and now it’s almost empty.

Brian Baisi intended to open his restaurant on the sidewalk system on Monday, although he admitted it wasn’t even profitable at that point.

Baisi said nearly 20,000 people would pass Marcello during a normal lunch, but now there are dozens.

He hopes it will help them keep track of customers when more people return to the office by providing visibility.

“I think we’ll know pretty quickly,” he said. “We will see that the numbers are very exhausted, we will know our future almost immediately.”

At the moment, Baisi has decided to focus on making sure that the restaurant can be opened safely in the coming week.

Geoff Morihira opened his dental practice in the Suncor Tower almost 19 years ago. He said this was the slowest thing he saw.

Morihira stated that despite the return of loyal patients to the office during the lunch break, the practice still relied on walk-ins.

“Location is key,” said Morihira. “It’s a convenient factor for the people in the building to come for their lunch breaks.”

The Calgary Chamber of Commerce said consumer confidence will play a big role in the return to downtown office space.

President and CEO Sandip Salli said that by making sure customers feel safe, companies have a better chance of seeing people return, faster.

“Wear a mask, wash your hands, distance yourself socially,” explained Salli. “All of these things will keep our stores open.”

Baisi planned just that. He spent that week cleaning and preparing the restaurant and food service for opening the following week. He acknowledged it could be months before he knew the long-term effects of the slowdown.

The Canadian economy contracted 5.4% in 2020, the worst year on record