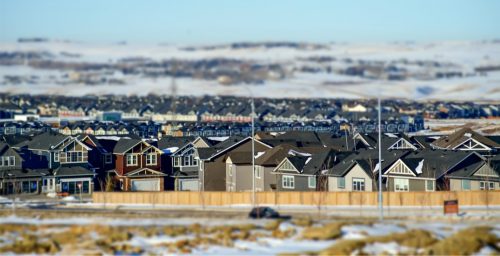 The real estate market in Calgary is one of the cheapest in Canada, according to a recent report from RBC Economics.

The company’s “Housing Risk Monitoring Dashboard” ranks cities with green, yellow, or red lights in a number of categories based on their risk compared to historical norms.

The report found that, among other Canadian cities such as Vancouver, Montreal and Toronto, property prices in Calgary were rated as low risk and given the green light on many criteria.

RBC’s affordability measure has rated Calgary homes in the “safe zone” since the early 2010s and has continued to improve in recent years. This means that the price of homes is not a challenge for the average Calgary buyer.

Toronto and Vancouver both received a red light for affordability, while Montreal was in between with a yellow light.

Despite the COVID-19 pandemic, property values ​​stayed on track thanks to government aid, support from financial institutions, and extremely low interest rates.

“Demand-supply conditions are the most strained in years, although this primarily reflects the situation in single-family homes, where prices are now rising slightly,” continued Hogue. “A high vacancy rate and a decline in immigration keep the condominium segment in a fragile state.”

While the housing market in Calgary remains stable, both the rental market and the stock of apartment buildings have been lit in red.

The main concern is economic insecurity and job stability in the province, as well as lower immigration rates due to the ongoing border closure.

“We expect heavy immigration to resume as soon as the Canadian border reopens,” the report said.

The tightening of supply-demand conditions in the Calgary housing market, particularly for single-family homes, is causing prices to rise again.

While affordability is not an issue, potential buyers may want to enter the low risk market as soon as possible.