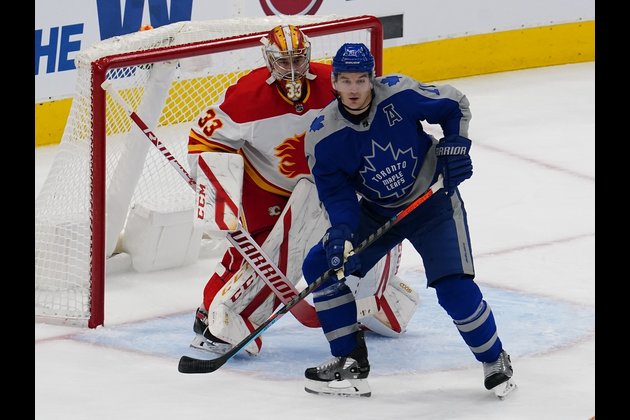 William Nylander drew the game late in the third half and scored the winning goal in extra time. The Toronto Maple Leafs defeated the visiting Calgary Flames 2-1 on Wednesday night.

Calgary broke through first when Andrew Mangiapane scored his seventh goal of the season at 16:33 in the third half and shot out of the slot with a pass from Matthew Tkachuk.

Nylander linked the game at 18:32 on the third day of the match and scored a goal after a tackle in front of goal. Toronto had goalkeeper Michael Hutchinson removed for an additional attacker.

Nylander scored the winning goal at 1:06 a.m. in overtime and rushed down the left wing to score his seventh goal of the season from close range. Auston Matthews assisted on both Toronto goals.

Calgary won the opener of the two-game set 3-0 on Monday. The Maple Leafs won the first two games between the teams from January 24th to 26th in Calgary.

Hutchinson, who played his second game in a row and only his third of the season, scored 21 saves.

David Rittich, who played his second game in a row, scored 37 saves in the Calgary goal.

Toronto had an 11-7 lead on shots on goal in the first half and increased the lead to 39-22 that night.

The Maple Leafs had three power games in the first period and the Flames had a man-advantage situation.

Rittich saved with his left pad when John Tavares had a chance at 8:19 in the second half.

The Calgary goalkeeper was prominent again, foiling Ilya Mikheyev’s attempt to score a shorthanded goal at 11:02 am.

Matthews appeared to injure his right wrist and crash into the end boards towards the end of the second period, but remained in the game.

The Maple Leafs entered the power game at 7:21 a.m. of the third period when Tkachuk was called to trip but showed up empty.

Why may you notice more wasps flying around Calgary?